The Whale Is Just The Beginning Of Brendan Fraser’s Comeback 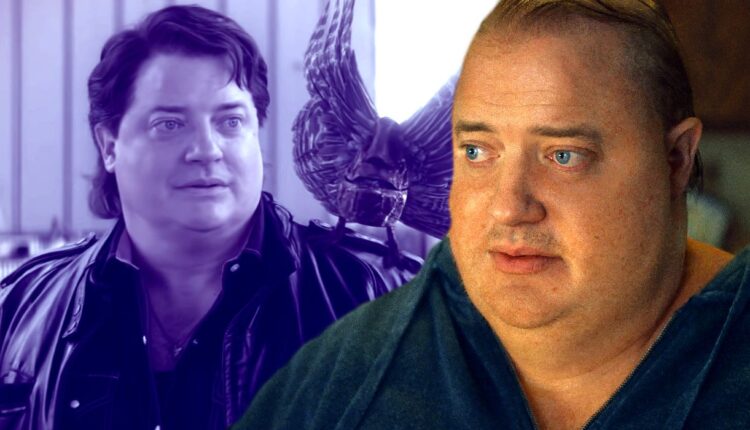 The Whale might be the start of Brendan Fraser’s comeback, as he has numerous high-profile roles lined up alongside Leonardo DiCaprio and Glenn Close.

Actor Brendan Fraser is receiving the best reviews of his career for his critically acclaimed performance in Darren Aronofsky’s The Whale, but it appears his career comeback might just be getting started. Fraser first came to the public’s attention with his take on a caveman named Linkavitch “Link” Chomofsky brought to modern-day San Fernando Valley in Encino Man. Since then, he starred in quirky comedies like George of the Jungle and Dudley Do-Right before landing the role of a lifetime as adventurer Rick O’Connell in The Mummy trilogy with Rachel Weisz, highlighting his credentials as an actor due a return to the limelight.

After a series of supernatural thrillers and comedic fare, Brendan Fraser took his resume into uncharted territories by costarring in several ensemble dramas. His roles in The Quiet American opposite Michael Caine and Crash alongside Sandra Bullock helped to solidify Fraser as a dramatic actor. A critically panned run on Broadway in the play Elling forced Fraser to return to movies by starring in low-budget films like Pawn Shop Chronicles, where he played an Elvis impersonator. Parts for Brendan Fraser seemed to dry up and his sexual assault allegations against the president of the Hollywood Foreign Press Association in 2018 added to existing mental health issues that the actor suffered.

Related: How Brendan Fraser Almost Died In The Mummy (For Real)

After pausing his career for a short period, director Darren Aronofsky selected Fraser as the ideal candidate for a transformation in The Whale in order to play online college professor Charlie. The character’s efforts to reconnect with his teenage daughter (Stranger Things star Sadie Sink) while dealing with the death of the man he left his family for, has seen Fraser receive standing ovations at this year’s Venice and Toronto International Film Festivals. Even though the excitement around awards season for Brendan Fraser’s accomplishments in The Whale is warranted, it is an overdue appreciation for an actor that has long been turning out great performances and complicated characters, mainly because he already has more projects lined up. Beyond The Whale , roles in Martin Scorsese’s Killers of the Flower Moon indicate that this renaissance can be much more than a flash in the pan.

Why Brendan Fraser’s Comeback Is So Exciting (& Long Overdue)

Hollywood tends to enjoy actors having a comeback in their careers, especially those who have worked alongside well-known performers. Brendan Fraser is popular for his comedic turns early in his resume, but is also recognized for his dramatic flair in movies like Crash, Gods and Monsters, and now, The Whale. Already having multiple projects filming before The Whale’s release, he will next play the character WS Hamilton opposite Robert De Niro and Leonardo DiCaprio in Martin Scorsese’s Killers of the Flower Moon, which may well dominate the Academy Awards discussion in 2023.

Beyond this, there are further positive signs for the Fraser Renaissance. For instance, as leading producers and directors take note of Brendan Fraser’s talent in The Whale, he has already wrapped production on Brothers alongside Game of Thrones actor Peter Dinklage and Josh Brolin for director Max Barbakow (Palm Springs). Should roles keep coming his way, Brendan Fraser looks poised for a career comeback that will be here to stay, much to the excitement of an optimistic fan base that has enjoyed his performances for decades.