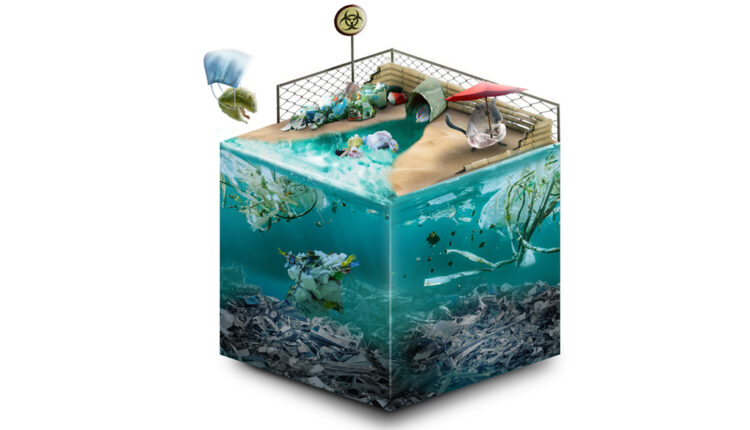 In a region that boasts of itself as a bastion of ecological progress, the 100 billion gallons of polluted runoff that drains from gullies each year is Los Angeles’ dirty secret.

When rainwater hits LA’s largely impenetrable landscape, it flows into drainage channels that criss-cross the county and accumulate a ton of toxic chemicals, oil, fertilizers, trash, cemented carbides, and bacteria before it gets into and out of a rain drain the ocean.

According to LA Sanitation & Environment, over 30 billion gallons of this polluted mixture enter Santa Monica Bay through 200 drains each year. This watershed spans 55 miles of shoreline, but several key drains are in the city of Santa Monica, including the Pico-Kenter Storm Drain and the Storm Drain Pier.

When significant rainfall events wash polluted wastewater into the ocean, the impact on the environment can be devastating. It can cause fish death, the ingestion of plastic by marine life, the spread of E. coli infections, and permanent damage to the reproductive capacity of aquatic life. These effects are also being felt on ecosystems around the LA River and the Ballona Wetlands.

Although many initiatives are underway to reduce the amount of polluted runoff entering LA’s waterways, both LA officials have

Waterkeeper and Heal the Bay Foundation said the situation has not improved much in the past decade.

Rainwater runoff is difficult to control for two main reasons: responsibility for the problem is widespread, and a variety of pollutants contribute to the problem.

The first is the sharing of responsibility, a matter of geography and governance.

The rainwater runoff that meanders on the beaches of Santa Monica crosses several dozen different communities, potentially stretching hundreds of kilometers, and taking in numerous pollutants on its way to the ocean. However, the MS4 permits required for the release of rainwater runoff are only issued to the authorities responsible for the release site.

“Having a law that says that as the owner of this pipe that juts out into the ocean, you are responsible for the quality of the water that comes out of it makes good legal sense, but in practical terms keeping your arms around is a much more difficult problem because the people who actually create the pollution are not the ones who own the system, ”said Dan Lafferty, assistant director of water resources, LA County Public Works.

“We have estimated that the cost of complying with standards within the MS4 permit in the region over 20 years will be around $ 20 billion, and that is all money that needs to be raised at the local level,” said Lafferty .

The management of rainwater runoff in Santa Monica is a complex matter. Although individual upstream communities that contribute pollutants are not directly involved, these are a network of city and district administrations.

In addition to the challenges that arise from the distribution of responsibility and the huge areas of land that drain rainwater into the sea, the runoff is difficult to cope with due to the large number of pollutants.

Common pollutants that are transported in rainwater are E.coli, streptococci, PCBs, nitrates, phosphates, heavy metals, pesticides, fertilizers and plastic particles, all of which come from different sources.

“The cumulative effect of all these pollutants can either directly result in fish deaths with acute toxicity or have long-term effects, such as scientists at the Heal the Bay Foundation.

Even when targeted efforts are made to stop the spread of certain pollutants, their harmful effects in local ecosystems can persist for a long time.

According to Moe, Heal the Bay is still finding high levels of DDT in Ballona Creek, even though the chemical is banned as DDT takes years to break down.

“There are studies showing a tremendous impact of DDT on our ecosystems in the bay, including sea lions that have reproductive problems and even die from DDT levels,” said Moe.

In addition to the damage caused by chemicals and bacteria, the particles washed into the water can have a number of harmful effects. Environmental organizations track the impact by measuring the TTS or Total Suspended Solids present in stormwater runoff.

“If water leaks with high levels of TSS, the water can become very cloudy, preventing light from entering the ocean and making it difficult for aquatic plants or phytoplankton to produce food,” said Rivera. “When these suspended solids settle on a substrate, these particles completely cover the fish and organisms living on the bottom, which essentially suffocates them.”

Rainwater runoff also makes the ocean dangerous for people to swim in, and it is recommended that people stay away from the water, especially rain runoff, for 72 hours after a significant rainfall event.

Not all cities are as badly affected by the effects of rainwater runoff on the environment and health as Los Angeles.

Most of the cities on the east coast, and especially San Francisco on the west coast, have a mixed water system, which means that sewage and rainwater are diverted together.

This has the advantage that most of the rainwater is treated in sewage treatment plants and not discharged into bodies of water. The great risk of this system, and the reason why it is no longer used when building new sewers, is that a heavy rainfall event can overwhelm the system and lead to a large amount of raw sewage runoff.

LA’s stormwater drainage system was built to concentrate drainage in central waterways and leave the rest of the county open for construction. As a result, the area became heavily developed with impervious surfaces such as concrete and asphalt, and the amount of green space available for natural drainage was greatly reduced.

“The choices we would make today are different from those made 100 years ago,” said Lafferty. “Back then, the driver was twofold: I want security from flooding and I want to maximize the buildable space. With this decision, a lot was lost in terms of green spaces, living space and relaxation. “

This article is the first in a two-part series. To learn about ongoing efforts to mitigate the effects of rainwater pollution, see the August 21st issue of the Santa Monica Daily Press.

“The cumulative effects of all of these pollutants can either directly lead to acute toxicity in fish deaths or can have long-term effects, as with the Heal the Bay Foundation.