The Texas Rangers are trying to become the Los Angeles Dodgers 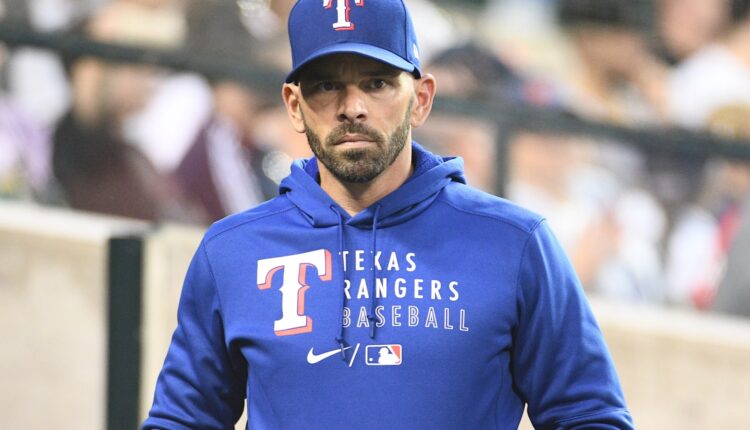 There’s only one Los Angeles Dodgers baseball team, but it seems like the Texas Rangers are doing their best to match them.

The Dodgers are one of the MLB’s success stories for the past half a decade or so, making the playoffs every year since 2013 and winning a World Series in 2020. Their strong player development has spawned diamonds in the rough like Chris Taylor and Max Muncy while nurturing multiple top prospects at the highest level. But they are also not afraid of being aggressive with money if necessary and of finding ways to constantly improve their squad (e.g. the Trea Turner / Max Scherzer deal last season).

It’s pretty obvious that the Texas Rangers want to be like that. I mean, what organization wouldn’t want the success that LA has had lately, but it feels like the Rangers in particular are trying to follow the Dodgers’ plan to lasting success.

The Texas Rangers are trying to become the LA Dodgers

Manager Chris Woodward would be an obvious starting point in this attempt to build a Dodgers culture in Arlington. Before Woodward signed an extension earlier this week to remain as the Rangers skipper until 2023 with an option for 2024, he was hired by LA, where he served as the third base coach.

Woodward got this firsthand experience of all of the victories he made in LA and tried to bring those to Texas. And while the results so far have been far from optimal, the lack of talent around him isn’t his fault.

But it’s clear the organization believes Woody has what it takes to lead the Texas Rangers through lean times and get back to competitive baseball in a relatively short amount of time. And why not? The players like him, he’s a calming figure, and he tries to build a good baseball culture in Arlington. It’s also great to have some degree of persistence while so much at the big league level seems to change from day to day.

Perhaps more important, however, are its connections to Los Angeles.

The Rangers have been linked in some form or another with Dodger free agents Corey Seager, Chris Taylor and Clayton Kershaw this off-season, and all would be welcomed with open arms in Texas. All of these players ‘tenures in LA coincided with Woody’s at some point, and that doesn’t matter: it’s actually one of the Rangers’ best selling points.

It’s also worth noting that last season the Rangers won OF DJ Peters from the Dodgers and traded for RHPs Dennis Santana and Josh Sborz. Oh, and the Yu Darvish deal landed former Dodgers Willie Calhoun and AJ Alexy. This team is littered with LA talent. The connection with Chris Woodward certainly helped.

But wait, there’s more! The Rangers hired former Dodgers putt coach Tim Hyers as part of Woody’s staff for 2022. You might as well call them the Texas Dodgers.

The Rangers, like LA, are also trying to be aggressive with money, willing to forego draft picks to make instant upgrades, but also know their farm system is in good shape and only getting better.

The Rangers want to keep this next dispute window open as long as possible. Seeing how long the Dodgers managed to keep their window open is definitely a reason to emulate their organizational strategy. The successful recruitment of Clayton Kershaw, Corey Seager, and / or Chris Taylor would only add even more faith to the idea that the Rangers are actually trying to become the Dodgers.

And we’re not going to complain about that.

‘An Arm and a Leg’: The Insurance Warrior’s Battle Plan