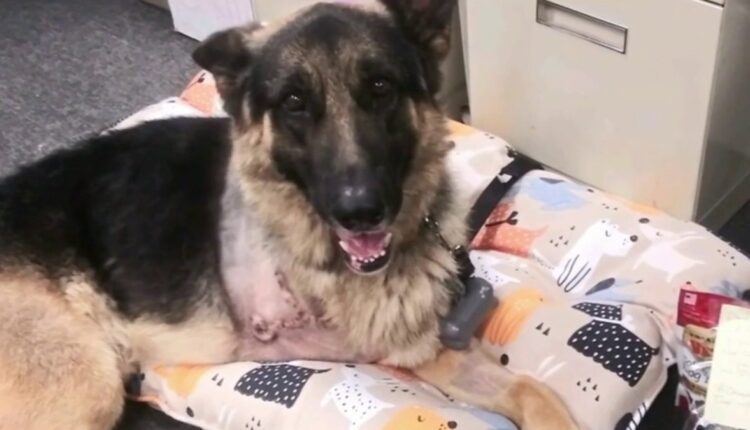 A man from Walnut felt an instant bond when he saw a three-legged German Shepherd in an animal shelter.

If friendships are based on what we have in common, then Dane Orozco knew immediately that he had a friend in Kane.

“I felt this immediate connection with him. Look at it, it’s perfect, ”said Orozco with a laugh.

He immediately noticed that Kane was missing a leg when he adopted him last month.

“I just had to get him. I know the feeling of being passed over because of it. “

Orozco also knows the feeling of living without a leg.

“We both had our right leg amputated,” said Orozco.

For Kane, it’s only been months since he was hit by a car as a stray.

“He walks like he has all four legs sometimes,” he added.

It’s been four tough years since Orozco lost his leg to an infection.

“I’ve dealt with a lot of depression so my boss said what do you like? What would make you happy I said, ‘I’ve always had dogs, but I haven’t had a dog in a long time.’ “

On the same day in July he found himself at the Inland Valley Humane Society in Pomona.

There he found a gentle German Shepherd.

“The shelter staff showed me around and as soon as I saw him I fell in love with him,” he said.

That love was shown in a video that has been viewed and shared millions of times online.

“I never thought it would be something,” said Orozco.

The two are so connected that Orozco even made Kane his newest addition.

“He’s my shadow, so I can reach over at work if the going gets tough and he’ll be there.”

It is this kind of friendship that comes from adopting a pet that leads to the question of who saved whom?

For Orozco and Kane … the answer is easy to see.

“Regardless of whether it is a leg or no leg. Huh, Kane? “

Shelters and rescue groups based in Southern California get involved to promote pet adoption and fundraising – find a location or donate at NBCLA.com/cleartheshelters.