The secret of Flight 448, from San Diego to Los Angeles 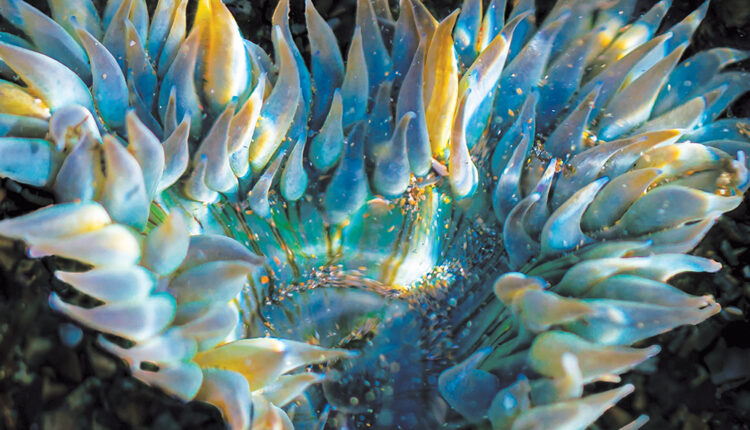 Midnight, February 1942. The Catalina Channel was unusually calm and the sky was exceptionally bright from the super moon just above Santa Monica Bay. Since the US entered the war a few months ago, there has been a mandatory power outage on the southern California coast.

Intelligence reports showed that enemy submarines had been spotted just a few miles offshore. Unidentified boats, real or fictional, have been reported to the police and coast guard by frightened residents. TWA Flight 448, dubbed the Star of the Sea, was one of the few commercial flights allowed to fly after dark. It flew military and civilian passengers from the naval base in San Diego to the defense and intelligence bases in Los Angeles. It was also one of the few DC-3s that had not been seized by the military for use in the Pacific.

The flight left San Diego late because actress Veronica Turner, who had been at the Coronado military base, made propaganda shorts to aid the war effort. Turner has decided to buy some presents from the airport gift shop and chat with the other buyers and sign autographs for everyone whether they asked for it or not. This, of course, annoyed all other passengers, but not the airline’s owner, Howard Hughes, who cursed his flight crews if they didn’t think a flight was a high-profile passenger. He insisted that his station agents notify the press when someone famous was booked on one of his flights.

The picture of an A-listener flying on one of his planes after doing his part in the war effort was a story any intelligence service in the country would pick up.

As Miss Turner boarded the plane, the mood of her fellow passengers moved the needle from frustration to awe as she smiled and made eye contact with as many passengers as possible before taking her seat.

Flight 448 has been cleared for departureArt to San Diego, with iInstructions not to use navigation lights, hug the coast all the way north, stay at 3,000 feet and only communicate on the encrypted channel set up by the military air traffic controllers. The only other plane in the sky that evening was a United DC-4 flying from Santa Barbara to San Diego. It would pass 20 miles west of the Palos Verdes waypoint.

The 25-minute flight to LA was uneventful, but some passengers didn’t like flying in secret. Since the entry into World War II, the Southern California coast had been subjected to a mandatory power outage, which made those seated on the right side of the plane feel unsettling. Reference points were not visible.

As the Douglas twin engine crossed the central channel, the crew discussed the landmarks to be used to confirm their approach for landing. Once Lunada Bay was sighted, they would descend to 2,000 feet and descend to 1,000 feet once the Manhattan Beach Pier was at its 3 o’clock position.

It was time to report to the military controller.

The pilot replied: “There must be 100 birds flying inland across the canal. They are way past bedtime, something must scare them. Good night, I’ll hand you over to Hollywood. ”The TWA first officer confirmed the broadcast and contacted LAX on their frequency

“Good evening Los Angeles, this is 448, we’re passing the Primary waypoint and … wait, wait. LA, is there anyone else up here with us? ”The air traffic controller said negative and confirmed what the crew had been told earlier. “There’s a United about 20 miles west of you.”

Now the TWA captain came into play. “LA, the moon is bright as hell up here and I’m sure that at my 7 o’clock position I saw a shadow over the ocean moving from north to south. I turn slightly to the left and see if we can take a picture.

This was interrupted by a hectic message from the first officer. “LA, whoever that is, he’s following us.”

There was a nervous silence as the local tower called the military controller to see if any planes were still taking off that night. He replied no, but said he had just received an encrypted signal that he was transcribing.

Seconds later, the TWA crew broke through. “LA, that 448, I think this guy is shooting at us! We heard a slap from the port hull. Our ads show that we are losing fuel. Somebody let him know that we are friendly. “

“448, you have bandits at 6 o’clock. Not friendly. We are now crawling fighters to help you. “

“LA, this is 448. We were hit. Poorly. Losses. Have problems with flight controls. Mayday, Mayday, Mayday. We’re going to sea. Have to go out…”

Two fishermen anchored south of Hermosa Pier looked up to see the shape of a flaming starboard passenger plane falling from the sky. They went into the area but found nothing. The fisherman marked the location and went to the dock to report what he had seen. But before they were 50 yards, the first item was discovered, followed by another: a seat cushion that might have been from an airplane or boat, and a gift bag from a store at the San Diego Airport.

The airline released a statement that Flight 448 was overdue and believed to be lost.

Wires services speculated that the enemy was targeting civil aircraft to create mass panic. Less responsible journalists, using unnamed sources, reported that some of the passengers were carrying military intelligence and that was the reason for the attack. This coincided with a rumor that one of the passengers had been found floating in the sea with a briefcase on his wrist.

The Secretary of War made a statement that a congressional hearing would be called to investigate the possibility of an attack involving a mix-up. There was no evidence of this, but the purpose was to calm public opinion until a more newsworthy story preoccupied them. HE

To the Polk County Board: | Letters to the editor