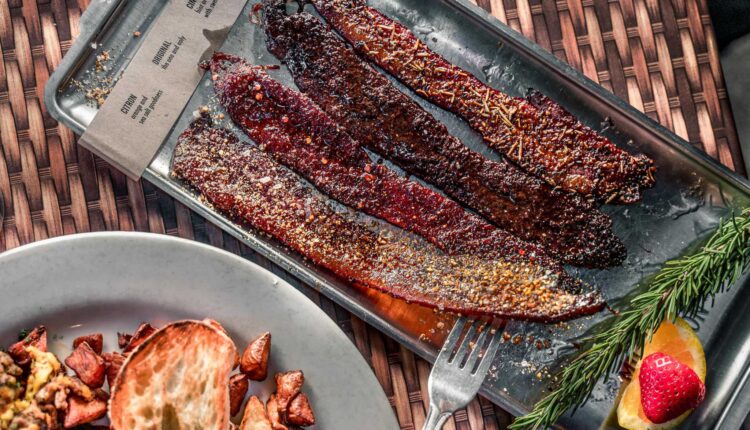 San Francisco-based brunch favorite Sweet Maple is in a serious period of expansion, with the owner opening six new restaurants next year and hoping to add at least 50 more locations nationwide.

Restaurant outposts will be directed to Palo Alto, Walnut Creek, Cupertino, and Santa Monica, with the first of the new locations opening later this month. Owner Hoyul Steven Choi is also opening a combined location of its two popular sister restaurants, the Kitchen Story breakfast place and the U: Dessert Story dessert shop in downtown Mountain View. A sixth noodle-focused restaurant is also coming to the Parkside neighborhood of San Francisco next year.

It is noteworthy that a local restaurant is growing at this rate at all times, but especially after the financial losses of the pandemic. But Choi said his restaurants are now doing fine – sales fell when restaurants were only able to offer take-away and delivery services in 2020, but were strong enough to keep businesses afloat until personal dining returned and sees this as a moment for growth.

After the advance in the Bay Area, he plans to move his brunch and dessert restaurants to southern California, Texas and other parts of the country. He sees Sweet Maple’s basic brunch concept as easily reproducible and is optimistic that the vacancy rates in retail outlets will enable them to “expand quickly” due to the pandemic.

“I think this is a good time to take a quantum leap,” he said.

A representation of Sweet Maple’s new Palo Alto restaurant, which will open in late December.

The Palo Alto Sweet Maple (150 University Ave.) opens for the first time on December 22nd. It serves the same brunch dishes that Sweet Maple is known for, including the thick-cut, sweet-and-spicy Millionaire’s Bacon and deep-fried French toast, but will be the first place to serve dinner. The dinner menu is Korean and Pan-Asian, with dishes like soondubu (Korean tofu stew), Korean fried chicken, and pad Thai. Guests can also order Millionaire’s Bacon at night, as a side dish or in dishes like crispy Brussels sprouts or a quesadilla. In addition to a fully equipped bar, the Palo Alto restaurant also serves cocktails, wine and beer.

The next Sweet Maples will open in February in Cupertino (20010 Stevens Creek Blvd.) and downtown Walnut Creek (1523 Giammona Drive). In the fall of 2022, the hybrid Kitchen Story and U: Dessert Story will open on Castro Street in Mountain View at an address yet to be announced, as well as a combination of Sweet Maple and U: Dessert Story in Santa Monica. Kitchen Story is also a breakfast restaurant with an Asian influence and the U: Dessert Story specializes in Asian desserts such as bingsu and matcha crpe cakes. Noodle Story, a new project focused on all types of Asian noodle dishes, will open at 1100 Taraval Street in Parkside in late 2022.

Choi is a prolific restaurateur. Together with his wife Jiyeon Choi, he opened the Taylor Street Coffee Shop in Union Square in 2002 after immigrating to the Bay Area from South Korea. They opened the blockbuster Sweet Maple in Lower Pac Heights in 2010, where lines still snake around the block for weekend brunch. Since then, they have launched a second Sweet Maple at San Francisco Airport, Kitchen Story, Berkeley Social Club in Berkeley (their first Korean restaurant), Korean-American spot Surisan in Fisherman’s Wharf, and other Bay Area restaurants.

And yet, Choi said, “I feel like we have more room to expand.”