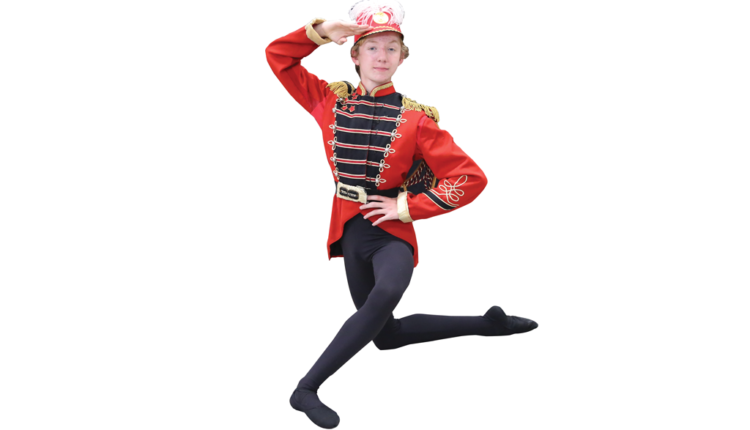 Candy swirls, snowflakes glitter and toys come to life in a show featuring the fantastic dreams of Clara and a dream come true for the students at the Westside School of Ballet.

The company’s 48th production of the Nutcracker will mark the cast’s triumphant return to the Broad stage after the pandemic banned last year’s show from a pre-filmed performance in the school’s outdoor studio.

After almost two years of artistic drought, the bizarre Christmas show will shine. For the students this is an exciting opportunity to showcase their hard work to a live audience and for the community a delightful opportunity to immerse themselves in the enchanting world of Tchaikovsky’s Nutcracker.

“It’s the most popular season in ballet, the energy in the studio is bright and exciting and everyone loves performing on Broad and has been dancing on the Westside since they were eight.

The show has a long and storied history in both the ballet world and the Westside School.

The Nutcracker is an indispensable training ground for any aspiring professional dancer at Westside, as, according to Artistic Director Martine Harley, it prepares students with the same rigor and professionalism required to perform in a large ballet company.

Many ballet luminaries have gone through the program, such as Lucia Connolly, who is now performing at the renowned Joffrey Ballet in Chicago. Connolly trained on the Westside when she was five years old, where she literally grew up with the Nutcracker, playing the roles of Clara, Lead Candy, Center Mirliton, Snow Queen, Lead Spanish and Dew Drop Fairy to help make the ultimate dream of many ballerinas come true – the sugar plum fairy.

This year, the award-winning role will be played by former Samohi student Daniella Zhou. Zhou is a protégé of the Westside School of Ballet and danced there for nine years before receiving a place in the Pre-Professional Division of the Miami City Ballet for the 2021/2022 season.

“She was very torn about cutting her time at Westside Ballet because she’d gone through all the leading roles and finished with Sugar Plum Fairy,” said Harley. “I said, ‘It’s okay, we will make it, you will come back and dance Sugar Plum and that way you will have your crowning glory.'”

Harley is itself a product of the Westside Ballet and made her stage debut in The Nutcracker. She played the role of Dew Drop Fairy in the 1980 production and later made an acclaimed career with the Houston Ballet.

Harley has put her own accents on the show since taking over artistic direction in 2013, for example by changing some of the cultural dances like the Arabic and Chinese dances to be less stereotypical and more authentic.

For example, last year she studied traditional Chinese fan dances and used that research to re-choreograph the Chinese tea dance.

The interpretation of the nutcracker by the Westside Ballet always strives to bring tradition and modernity into harmony. Much of the choreography has been preserved from the ensemble’s original 1973 staging, which was itself a close rendering of iconic choreographer George Balanchine’s Nutcracker.

Westside Ballet co-founder Yvonne Mounsey trained with Balanchine and created the Nutcracker role for Center Spanish at the height of her career as a solo dancer with the New York City Ballet. It was Mounsey, along with co-founder Rosemary Valaire, who started the nutcracker tradition at the Westside Ballet.

Although much of the choreography remains the same, Harley adapts the show from year to year to reflect the needs and talent of current students.

For example, that year the Angel Trio was replaced by Catia Boucher, who appears as Solo Angel, giving Boucher her first opportunity to perform a solo in front of a live audience.

In addition, the Russian dance has been re-choreographed to showcase the artistry and athleticism of three exceptionally talented Santa Monica ballet dancers, Jesse Dean, Sawyer Jordan, and Dylan Weinstein.

“Russian dance has always been a crowd-pleaser,” said Harley. “We are so proud of our advanced young male performers who train tirelessly – over 25 hours a week – and master the boisterous Russian dance at a level normally reserved for a professional guest soloist.”

Jordan is currently a ninth grade student in Samohi and has been dancing on the west side since he was five.

“I think it’s really fun to be part of something so prevalent because schools all over the world make nutcrackers every year and it really brings the holiday vibe to everything,” said Jordan. “I think it (the Westside staging) is very different from all the other nutcrackers because it is something that the whole school uses and everyone of all ages, levels and backgrounds… they’re not just looking for who they need, they make sure it is there is a place for everyone. “

Mounsey said this tradition stems from the core principle of Westside Ballet – that everyone is welcome. Unlike many other ballet schools, auditions are not required to attend the Westside. Likewise, any student aged nine and over who wants to be in the Nutcracker is welcome and encouraged to take part.

“Any child who wants to learn ballet can walk through the door and be trained in our curriculum.

The Westside School of Ballet is tightly integrated with the local community and draws on sponsorship money from Santa Monica individuals, organizations and corporations to fund productions like the Nutcracker and to offer scholarships to students. These groups include the Santa Monica College Public Policy Institute, the Huntley Hotel, Lyft Scooters, Urth Caffe, and Morley Builders.