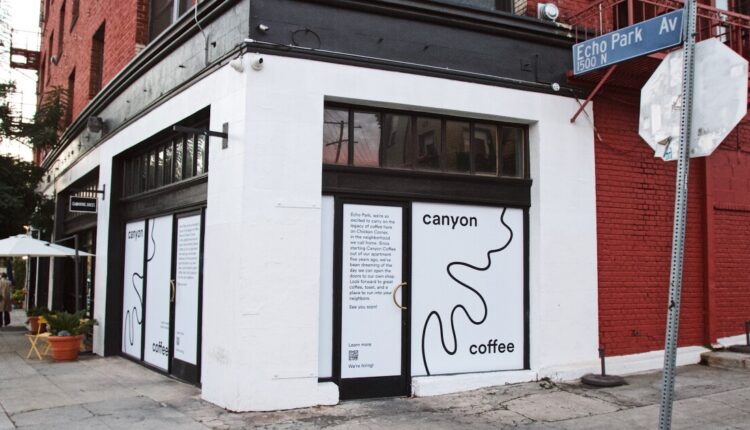 A long-standing coffee roastery has set up its first stationary location and has taken over the former counterpart Vegan Space in Echo Park. Owners Casey Wojtalewicz, Ally Walsh and James Klapp founded Canyon Coffee in 2016, inspired by their morning coffee tradition at home. They started with online retail and pop-ups, and the business eventually grew into a large wholesale company with more than 400 customers. They plan to open their cafe in March, which serves a rotation of Canyon Coffee beans, lattes on tap, and an all-day menu of tartines and freshly squeezed orange juice, with both indoor and outdoor seating. Retail stores include bags of coffee and merchandise from manufacturers and artists such as ceramists Peter Shire and Michelle Blade.

The team behind Long Beach Pizzeria Little Coyote will introduce a pasta-focused ghost kitchen in early 2022. JR’s Pasta is operated from the restaurant’s commission kitchen, which is located in the Los Coyotes Center (the same mall as the newest Little Coyote restaurant). ) and offers Italian-American dishes in a mix-and-match format with pasta such as macaroni, pappardelle and spaghetti as well as sauces such as marinara, Bolognese, alfredo and pink sauce. Add-ons will be available including meatballs, pancetta, Calabrian chilies, ricotta and mushrooms. The owners Jonathan Strader and Jack Leahy are also planning to offer weekly baked pasta such as vegetable lasagna, stuffed mussels or ziti, as well as salads and desserts. JR’s Pasta is expected to open for takeout and delivery in early February and can be ordered online and through most third-party delivery apps. The new pasta business runs from Wednesday to Sunday, with dinner.

The pizza pop-up Quarter Sheets by Aaron Lindell and Hannah Ziskin opens its stationary restaurant on January 7th, in which whole pizzas, slices, cakes and wine are served.

Detroit-style pizza company Quarter Sheets opens its stationary restaurant in Echo Park on Jan. 7, now ready to start in the room that once housed the Trencher sandwich shop. From Friday to Sunday there are slices, whole pizzas, wine and daily cakes from pastry chef and co-owner Hannah Ziskin to take away and eat at bar tables. Ziskin and co-owner Aaron Lindell hope to open the dine-in service in late February or early March, serving additional salads and side dishes, and expanding operations to five days a week. They also plan to start “industry nights” on Monday, offering specials like cannoli. Until the start of the dine-in service, Quarter Sheets is open on Fridays and Saturdays from 12:00 to 20:00 and on Sundays from 12:00 to 18:00.

The ghost kitchen company Kitchen United will launch a facility in the Westwood Ralphs in the first week of January that will position 10 grocery vendors in the supermarket and a mix-and-match format that will allow customers to order from multiple restaurants at the same time. All providers are offered for take-away and delivery. Options include Dog Haus for burgers, hot dogs, and fries; Bushi for ramen, hand rolls, karaage and chasu bowls; Sajj Mediterranean for shawafel and kebab; Fresh Brothers for Pizza and Salad; and Bad Mutha Clucka for wings and hot chicken sandwiches. All providers are open from Sunday to Thursday from 10 a.m. to 9 p.m. and on Fridays and Saturdays from 10 a.m. to 10 p.m. The full list of providers can be found at order.kitchenunited.com/losangeles-westwood-ralphs. Kitchen United operates ghost kitchens in Pasadena, Santa Monica, and San Jose; An outpost is also planned for Torrance in 2022. 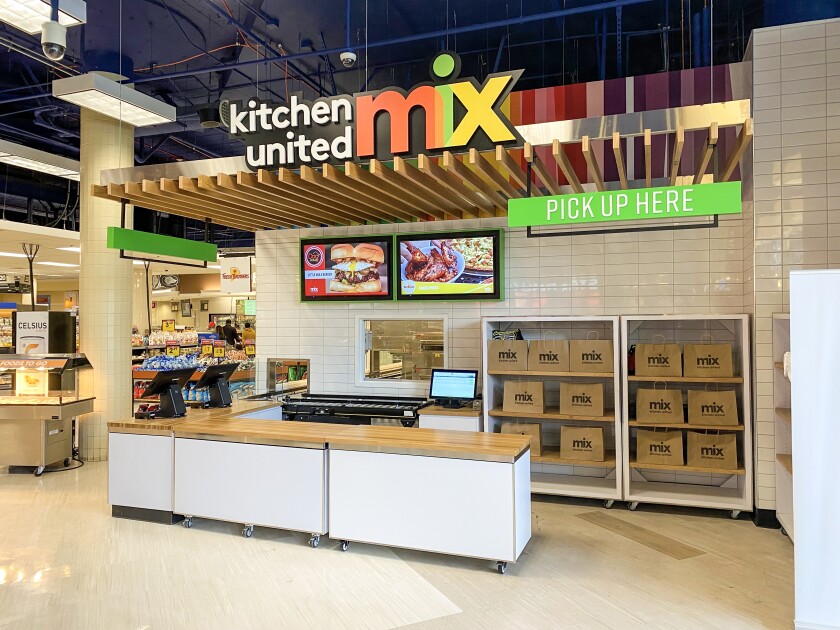 A new ghost kitchen is slated to open on January 5th at Ralphs in Westwood with 10 vendors under one roof for takeaway and delivery.

9 California staycation destinations worth a trip