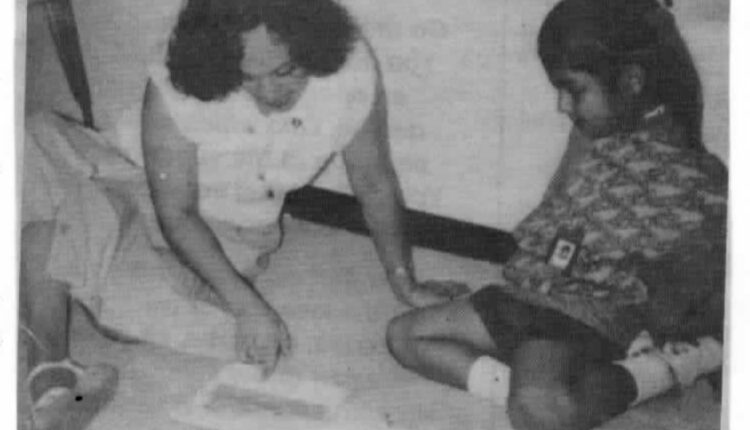 The following is part of an on-going series on desegregation efforts in Fullerton schools from the 1960s to the present day. The main focus was on the Maple Elementary School, which closed in 1972 and all of its students took buses to other schools in the district for integration. This was part of a larger state and national controversy / controversy over bus travel and desegregation in the 1970s.

Part 3 of this series dealt with Prop 21, which was passed in 1972 and attempted to end the practice of getting children to close schools in California. Prop 21 was championed by a fiery Los Angeles Conservative named Floyd Wakefield, who railed against the yoke of “forced integration.”

Though a majority of voters supported it, Prop 21 was declared unconstitutional in 1975 (it violated the 14th Amendment’s equality clause), but it had a deterrent effect on government desegregation efforts.

Interestingly, Wakefield’s successor in the fight against the desegregation busing was not another Conservative Republican, but a liberal Democrat from the San Fernando Valley named Alan Robbins. Robbins had supported the Equal Opportunities Amendment (for women) and supported the United Farm Workers.

Robbins learned from the legal shortcomings of Prop 21 and in 1979 carefully developed an initiative (Prop 1) that would withstand constitutional and legal challenges. The Robbins addition, like the Wakefield addition, aimed to end the mandatory student bus ride in order to achieve integration in California.

“The Robbins Amendment attempted to change the California state equality clause by stating that as long as the US Supreme Court was on the 14th, California courts should do the same,” writes historian Daniel Martinez Hosang in his book Racial Propositions: Ballot Initiatives and the Making of Postwar California.

“Demands among opponents of busing for the protection of ‘majority rights’ quickly fell in favor of arguments that represented the interests of ‘all children’,” writes Hosang.

Bumper sticker of Californians Against Forced Busing in Support of the Robbins Amendment (Prop 1), 1979. From the files of the Bustop Campaign.

But the burden of desegregation did not fall on “all children” equally.

Both Prop 21 in 1972 and Prop 1 in 1979 are significant to the history of the Maple School as they reveal the broader context of the widespread opposition to bus travel with children as a means of achieving school integration and the disproportionate impact that this will have had on colored students.

Since the Maple school had been closed, students from this predominantly Latino and black neighborhood continued to be driven by buses.

The Maple “solution” of 1972 reflected a broader state and national trend in the 1970s in which bus travel was either abandoned or banned, or (as with Maple) the burden was placed entirely on the minority community.

“The bus transport debate in the late 1970s was therefore primarily a debate about whether white students could be forced to participate in desegregation programs or whether that burden would fall entirely on non-white students,” Hosang writes.

In his book Why Busing Failed, historian Matthew Delmont discusses how the busing debate has often been designed to downplay the civil rights / constitutionality of the issue.

“White parents and politicians formulated their resistance to desegregation in schools in the form of ‘busing’ and ‘neighborhood schools’. This rhetorical shift enabled them to support white schools and white neighborhoods without explicitly using racist language, ”Delmont writes.

Ultimately, Prop 1 was adopted by a large majority. Like Prop 21, it has been challenged as unconstitutional on legal grounds. Unlike Prop 21, it withstood legal challenge. His appeal reached the US Supreme Court in 1982, where the court voted 8 to 1 to uphold its constitutionality.

The only dissenting vote was Judge Thurgood Marshall, who wrote in his dissenting opinion: “The fact that California tries to cover its discrimination under the cover of the 14th Amendment does not change that result.”

“By 1980, black students in California would be more likely to attend separate schools than any other southern state except Mississippi,” Hosang writes.

These persistent patterns of segregation, now legally supported, continue to this day.

“Twenty-five years after the Robbins Amendment was passed, patterns of racial isolation and segregation were at an all-time high,” Hosang writes.

Battle for the Maple Community Center

After its closure in 1972, the Maple Elementary School became the Maple Community Center (MCC), which housed a preschool, headstart, daycare center, and an experimental community open school.

Every five years, the residents of the Maple region had to struggle to keep these programs going. In 1978, the Fullerton School District initially considered closing the MCC, but ultimately decided against it.

In 1983 the district again proposed closing the MCC, citing a budget deficit. The Board of Trustees initially considered closing either the Orangethorpe, Commonwealth or Hermosa Drive schools, but hesitated to close after the parents’ outcry.

“Whenever financial problems arise, [trustees] talk about the Maple closure – we always get teased, “Martha Rodriguez (a parent of Maple) told the Fullerton News-Tribune.

Faced with the possible closure of the MCC, parents and lawyers attended the FSD board meetings in large numbers in February and March 1983. They also organized a letter campaign to the board members and the district.

One particularly eloquent letter came from Brig Owens, an African American NFL player who grew up in the Maple neighborhood.

In his letter to then District Superintendent Duncan Johnson, Owens described the MCC as “an extremely necessary facility. This decision will affect not just the children and their families’ lives, but the community as a whole, ”wrote Owens. “All too often, as we progress, we lose sight of the real needs of our community and families… I understand that tough decisions need to be made and there are no easy answers, but let’s not sacrifice these programs for the good of the community. “(Fullerton News Tribune, 1983).

As reported in the News-Tribune, “Thuc Nguyen, a mother of one child in the centre’s preschool and a full-time volunteer there, burst into tears at one point in her speech to the Trustees.”

“How can I explain to my son that Maple is not there for him?” Said Ms. Nguyen. “I am a single mother of two preschoolers. I don’t think my children can handle another separation. “

Due to the organization of the parents, the board did not close the MCC in 1983.

Preschool teacher Sylvia Quezada a with a student. The Maple Community Center ran a preschool after the primary school closed. Photo from the Fullerton Observer Archives.

In 1983, Bobby Melendez, Vivien “Kitty” Jaramillo and others from the Maple neighborhood decided to organize an annual get-together for neighborhood families whose children were or were being taken to schools outside the neighborhood.

“We started picnicking in 1983 just to stick together so our kids could know each other and we could only bond once a year,” Melendez said in an interview with The Observer.

As a result of the Maple School’s closure, the normal inter-family ties that go with a school in your neighborhood have been severed.

“The school would have served this role, but since we’ve all been to the Maple School for the past few years and have had the experience of being exhausted together, I think that stimulated our relationship together – to have this similar experience,” Melendez said. “So this alumni committee was organizing dances, and the dances became fundraisers for the Maple School.”

In the late 1980s, the prospect of Maple reopening as an elementary school became the subject of much discussion and debate.