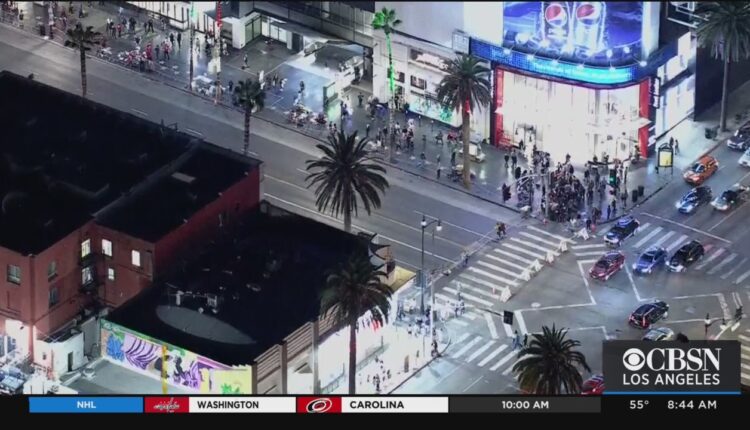 HOLLYWOOD (CBSLA) – Hollywood is preparing for its big Christmas parade on Sunday after a year hiatus due to the pandemic.

Sheryl Underwood, a host of the daytime show The Talk, will serve as Grand Marshal of the Sunday parade that began on Hollywood Boulevard and Orange Street. Underwood was joined by actor Jerry O’Connell to open the parade at 6 p.m.

The parade, hosted by Marine Toys for Tots, is a household favorite in its 89th year and since 1928. 2020 was the only year the parade stopped taking place outside of 1942-1944 during World War II.

Advertised as the largest Christmas parade in Southern California, over 10,000 people flocked to the streets to watch over 5,000 participants take part in the various floats and performances.

The United States Marine Corps Band and Milton High School Marching Band are scheduled to perform during the parade, including the Gevorkian Dance Academy from Burbank and Korean American Youth Performing Artists from Chino. A total of 11 award-winning bands from all over the country will perform.

It also features three horseback riding sessions and a variety of public transportation such as a Los Angeles Fire Department fire truck and the Los Angeles Police Department Drill Team.

A multitude of other classic, well-known vehicles can be seen as well as James Bond’s Aston Martin from “Die Another Day”, the Bluesmobile from “The Blues Brothers”, two separate versions of the “Ghostbusters” Ecto-1, The Mystery Machine from “Scooby Doo” ”, The Delorean from the“ Back to the Future ”series and much more.

The city planned to close several streets for the parade.

Road closures begin at the intersection of Hollywood and Highland. The closures are expected to occur along Hollywood Boulevard, Vine Street, Sunset Boulevard, Highland Avenue, and Santa Monica Boulevard. Cahuenga Boulevard and Yucca Street will also be closed. Franklin Avenue is restricted for parking.

The closings are in effect from 1 p.m. to midnight, although the parade will end at 8 p.m., crews will need sufficient time to clear the streets.