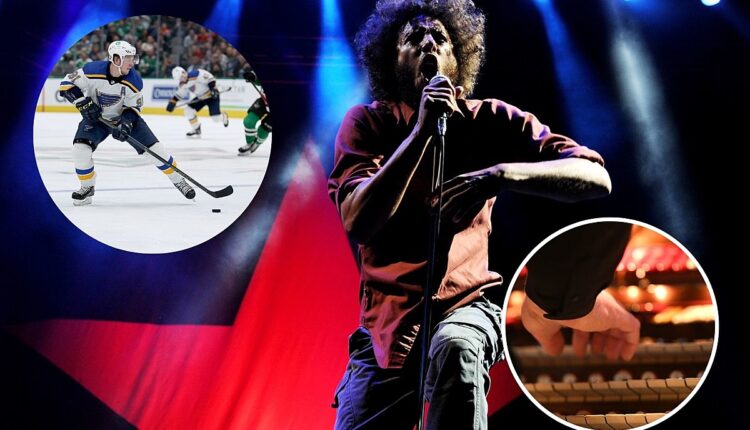 An organist at a hockey game recently played Rage Against the Machine’s “Killing in the Name” on the instrument and absolutely crushed it.

That organist is Jeremy Boyer of the St. Louis Blues, who played the classic Rage Against the Machine during a game and posted the video on TikTok. It now has about 2 million views.

Check out the video at the bottom of this post.

Boyer is a self-taught organist, with a little help from his mother, and he started playing in his church when he was 12 years old.

In an interview with the Archdiocese of St. Louis, where Jeremy aka @jabsmusic also plays on TikTok, Boyer said, “Music can express so many emotions – joy, sadness or whatever you have … can pick another piece of a song and do it gives you the opportunity to really express yourself differently or to focus in a different way. “

The organist, who plays at St. Louis Blues hockey games and St. Louis Cardinals baseball games, also played songs like these during the games:

Boyer also played the organ during the 2019 Stanley Cup, and that alone lets you know how talented he is. We wonder what song he’s going to play next, we’d love to hear his version of a Metallica or Black Sabbath song.

You can watch him destroy “Killing In the Name” from Rage Against the Machine on the following organs. Imagine being a hockey player and dropping your gloves while this is playing.

Organist plays Rage Against the Machine at the hockey game

Brad Wilk of Rage Against the Machine to buy Cali Home for $ 5.4 million

Check out the new home of Rage Against the Machine drummer Brad Wilk for $ 5.4 million in Santa Monica.

The Vaccine Rollout Was a Success. But Events Within and Beyond Biden’s Control Stymied Progress.