The Doors’ Robby Krieger and John Densmore talk about 50 years of ‘LA Woman’: “Maybe it was the first punk album” 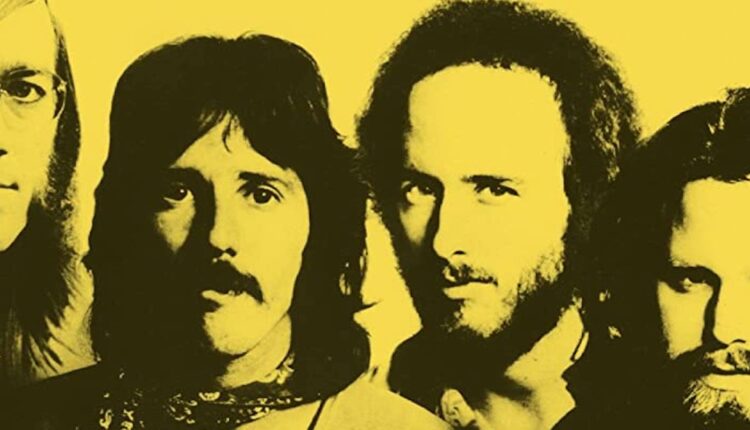 Not everyone can claim to have hitchhiked the notorious murderer Charles Manson. Jim Morrison is a person who had this story and many more – mostly poetry lyrics from The Doors’ seminal sixth album, LA Woman.

Speaking of LA Woman 50 years later, The Doors guitarist Robby Krieger and drummer John Densmore remember their lives and their crazier times around the making of the album.

In celebration of the album’s anniversary, and most recently with front man Morrison, who died three months after its release, the LA Woman: 50th Anniversary Edition includes the original album, remastered by its original producer Bruce Botnick, plus two bonus discs from unreleased studio outtakes , the stereo mix of the original album on 180-gram vinyl and more than two hours of unreleased recordings from the original sessions, including an early demo of “Hyacinth House” from Krieger’s home studio, recorded in 1969.

In a recent interview with Jenn on Rock Classics Radio about Apple Music hits, Krieger and Densmore shared memories of the more manual, “portable” recording process with Botnick in their little studio on Santa Monica Boulevard, watching the opening rain and thunder on “Riders On the Storm “was like” playing god “and going back to the” essence of the doors “in LA Woman.

Here are several LA Woman snaps from the full interview and video with The Doors:

The energy of the band that goes into creating ‘LA Woman’

Robbie Warrior: Well it was kind of cool because we ended up doing it ourselves with Bruce Botnick, our engineer. Our regular producer Paul Rothchild couldn’t, so we decided to just record it in our little studio on Santa Monica Boulevard. And you didn’t have any professional tools or digital equipment back then, so we really had to do it … turn on the tape recorder and you get that.

John Densmore: Bruce was our longtime engineer, the fifth door so to speak. He brought distant portable devices and he was right. We were so relaxed there. We wrote songs there. Then it would be a good place to do it. And we did it in a couple of weeks. Maybe because we got our Sgt. Pepper phase with a soft parade and horns and strings and the big production we got back to the blues, which we did in the garage where we started. That has somehow returned to our essence. Maybe it was the first punk album.

JD: The process goes such that after the recording you have to mix everything up. That was when Jim went to Paris and the three of us loved mixing because it’s like putting the last few ingredients together into cement forever, so you have to be really meticulous. Then someone came up with the idea of ​​putting rain and thunder on “Riders on the Storm”. And that was really fun, like playing God.

JD: Much of his stuff came from poetry he wrote in high school. I think Manson was a part of it too.

RK: Oh right One day he hitchhiked to pick up Charles Manson. Yes. Him and Beach Boys drummer Dennis. The two drove down Sunset Boulevard. They picked Charlie up with his guitar and he wanted to visit Terry Melcher to play his demo for Terry Melcher, whom he later wanted to kill because he didn’t like it.

RK: Jim used to say ‘I’ll be number three’ and was just kidding. But you know, in a way, we believed him.

UCLA, No. 18 NC State meets at the Holiday Bowl in Petco Park