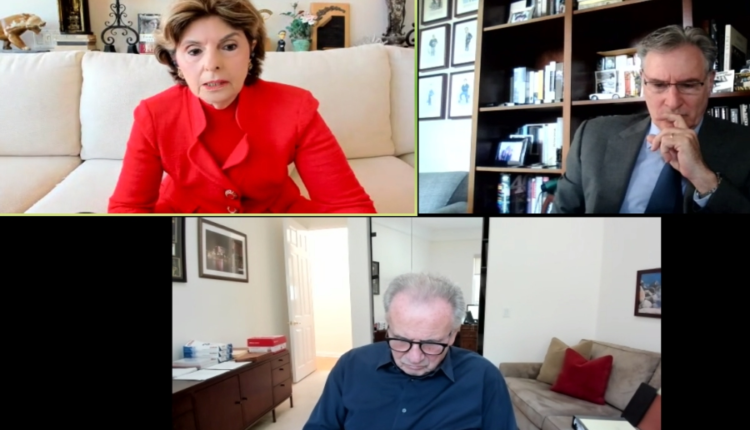 SOUTHERN CALIFORNIA – Despite the Pennsylvania Supreme Court overturning the verdict of Bill Cosby this summer, a Canyon Lake woman’s case against the comedian is moving forward, attorney Gloria Allred said at an online press conference Thursday.

“We look forward to continuing to fight for our very brave customer,” Allred told reporters. Attorneys Nathan Goldberg and Jonathan West are working with Allred on the case.

The legal team was in court on Friday on behalf of Judy Huth, who claims she and a friend met Cosby in 1974 while walking on the set of a movie that was being shot in San Marino. The then 15-year-old Huth and her 16-year-old friend spoke to the actor and, according to the lawsuit, he invited them to his tennis club on the following Saturday.

When the girls went to the club, Cosby directed them to follow him to a house where he gave them alcohol and they played pool. Then he led her to another house which, according to the lawsuit, turned out to be the Playboy Mansion.

At some point, Huth said to Cosby that she had to go to the toilet, according to the complaint.

“Cosby directed her to a bathroom in a bedroom suite near the playroom,” the lawsuit said. “When the applicant came out of the bathroom, she found Cosby sitting on the bed. He asked her to sit next to him. Then he proceeded to sexually harass her by trying to put his hand in her pants and then taking her hand in his hand and performing a sexual act on himself without her consent. “

Huth claims to have suffered “psychological damage and anguish” throughout her life, but it was only recently that she discovered that the problems “were caused by the sexual abuse committed by Cosby”.

Huth did not appear during the press conference on Friday.

Allred’s team said Friday that a hearing on the case has been set for April 18, 2022 and lawyers from both sides will appear before September 30 to negotiate how to proceed.

However, two cases are pending in the case.

Allred said Cosby appeared to testify on the case and a second was approved by a judge. However, Cosby’s new lawyers are fighting a second statement, according to Allred.

On October 13, 2019, Governor Gavin Newsom signed AB 218 into effect. It enables victims under the age of 40 to file a child sexual assault lawsuit regardless of when the alleged crime occurred. Everyone who is 40 or older must meet certain legal certifications.

According to Allred, Cosby’s team is trying to overturn the AB 218. This lengthy process would require an act by the California State Supreme Court.

Another possible delay is whether Pennsylvania prosecutors will challenge the state’s Supreme Court decision to overturn Cosby’s verdict. According to Allred and her colleagues, prosecutors have until September 28 to file a petition.

The Pennsylvania Supreme Court overturned Cosby’s sex assault ruling. Cosby, now 84, was released from prison on June 30th. He was sentenced to three to ten years in prison in 2018 after being convicted of substance abuse and substance abuse by Andrea Constand in 2004 at his Cheltenham home.

In their 2021 ruling, the Pennsylvania justices ruled that Cosby could not be charged based on an immunity agreement he had.

In the Pennsylvania majority vote, the state’s Supreme Court recognized society’s “strong interest” in holding those in power accountable, while explaining why they believed Cosby should be released.

“It is also true that such an interest, important as it may be, can never overshadow society’s interest in safeguarding the constitutional rights of the people,” the statement said. “The criminal interest of the society does not displace the legal remedy for constitutionally injured persons.”
Cosby had been booked in Montgomery County’s SCI Phoenix for more than two and a half years.

His legal team pursued every avenue to get his release, and Cosby had all along refused to admit guilt, citing everything from the coronavirus pandemic to institutional racism as reasons for his detention.

“I’ve always protested my innocence,” said Cosby after his summer release. “Thanks to all of my fans, supporters, and friends who stood by my side during this ordeal. Special thanks go to the Pennsylvania Supreme Court for upholding the rule of law.”

Learning to live with climate change: the lessons from Los Angeles