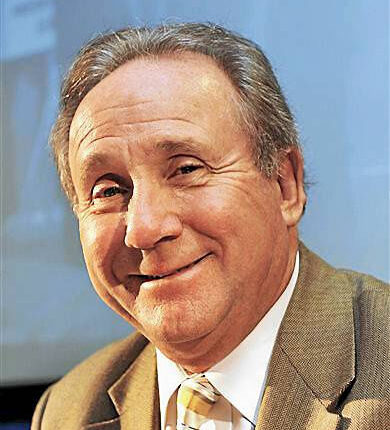 My daughter has a lovely little house in a safe area in the San Fernando Valley.

Until recently, she never really had to worry about crime or her personal safety. But now suburbs like hers in Northern California and Southern California are being hit by a crime wave that has never hit them before.

As you saw on national television, smash-and-grab gangs raid malls like the one near you – the same one I often take my granddaughters to. And now there are even young thugs who follow you home from the mall and break into your house.

No wonder my daughter is scared of going to her mailbox alone in the dark.

She is not alone. Many people in the troubled state of California live in fear.

It’s bad enough that the state government’s Democrats have been using the war on COVID as an excuse for almost two years to expand their powers and abuse us with strict bans, school closings, and mandates. But seven years ago the so-called progressives of the state brought us Proposition 47, a condemnatory “reform” measure that, among other things, essentially decriminalized retail theft by turning the theft of items less than $ 950 in value to a mere one Made offense.

And to show what happens if you debilitate the police, destroy the morale of your officers, and threaten them with vaccination mandates that will cause them to quit their jobs, the 2021 arrests in Los Angeles are up so far compared to 2019 34 percent down.

So brave the criminals have become that even progressives who live in gated mansions in Beverly Hills wake up and demand more police protection.

Demands from liberals for more law and order are known to be rare. But that happens when the nice shops in your nice neighborhood – for example those on Rodeo Drive – are caught by the smashers and grabbers. And that’s what happens when an 81-year-old philanthropist is robbed and murdered a few blocks away in her multi-million dollar home – despite the armed guard.

The judiciary of the state has become a tragic joke. The 14 smash-and-grabber officers arrested here last week were likely back on the streets before police returned home.

Plus, everyone knows that these well-coordinated mobs of smash-and-grabbers don’t steal baby food. They are not poor children. They’re cunning punks who figured out how to steal $ 500 wallets and terrorize people – and politicians “woke up” and subversive prosecutors let them get away with it.

You don’t see these gangs in Florida. They are a native product of California and its irresponsible politicians like Governor Newsom and DA Gascón.

Thanks to them, we have a lot of normal Californians who are scared that if they walk into a mall or sit outside in a restaurant, a bunch of thugs will show up and rob or terrorize them.

Everyone in Los Angeles knows by now that the city’s shrinking police force and upside-down judicial system can no longer perform the fundamental task of protecting them from California’s crime wave.

This is likely why a sensible official, the Los Angeles Sheriff Alex Villanueva, worked particularly hard to expand his department’s ability to issue concealed weapons permits.

Michael Reagan’s column is distributed by the newspaper syndicate Cagle Cartoons. Readers can email him at [email protected]