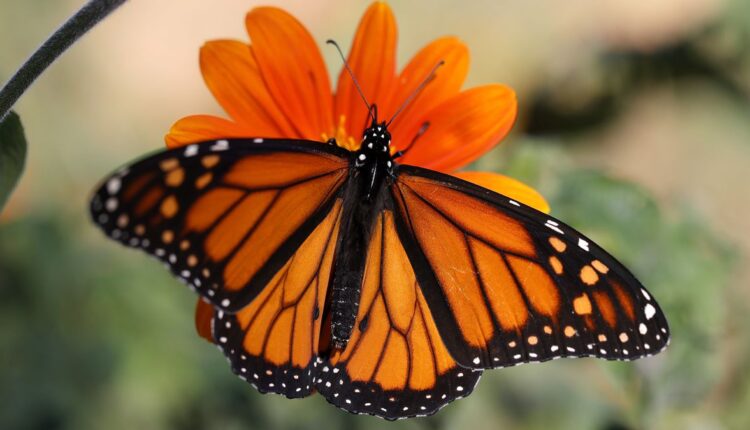 Your browser does not support the audio element.

The number of monarch butterflies migrating to California rose this winter after years of historic lows.

“In the past few years we have had fewer than 30,000 butterflies,” said biologist Emma Pelton. “Last year we actually fell below 2,000 butterflies. So really a change in size in a short time.”

“It’s kind of magical to just be in this closed woodland and then all of a sudden, puff! You’re like a Disneyland fairy princess surrounded by butterflies, ”he said.

Migration of butterflies in a tree in California.

“You know, when you first see them, they look like the trees are dripping. And when they start to flutter, people come and see them for the first time and they gasp.

“Nature gave us a second chance … but I think we are in really dangerous terrain,” she said.

“I think that’s really a good reason to take courage, that maybe there is still time to make a difference.”

TV OT: ‘Licorice Pizza’, ‘The Beatles: Get Back’ and ‘The Waltons’ serve nostalgia for Thanksgiving