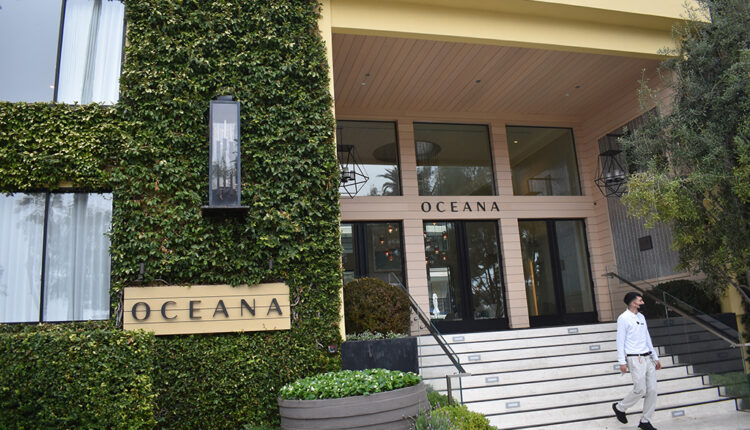 Caught in the city council’s classic quandary between business development and preserving the neighborhood, the Oceana Hotel barely lost its appeal to open its restaurant to the general public.

The proposal, while seemingly simple, has been the subject of heated and narrow-minded discussions among local residents, planners and city council members.

The planning commissioners did not support the proposal in June with 3-3 votes. Oceana appealed to the city council against the decision, which was again not adopted by 3-3 votes after widely divided public comments and a long debate among councilors.

The Oceana Hotel is located in an R2 and R3 zone area where hotels are not permitted land use. Since the hotel was built in 1958 before this zoning came into effect, it can continue to operate, but is only allowed to offer food and drinks to guests.

The hotel aims to open its restaurant to the general public without increasing its size or capacity in order to increase its economy and become a neighborhood eatery.

Those in support of expanding the restaurant’s customer base believe this would help the business and add a valuable new restaurant within walking distance for residents. Opponents believe the expansion would detract from the relative tranquility and low congestion rates of local residents, while setting a precedent for other companies to seek expanded commercial uses in residential areas.

Councilor Lana Negrete was one of the strongest supporters of the Oceana Hotel’s proposal, highlighting the need to support local businesses.

“I am a small business owner myself and the more we hold people in a stranglehold for such things and the more we shut our community out in a post-pandemic world, I think we are harming ourselves,” said Negrete.

Councilor Phil Brock initially positioned himself as a proponent of opening the restaurant to the public, saying that as a neighborhood resident he would welcome having another local restaurant as most restaurants nearby require a car.

“The ability to walk to a restaurant brings the community into play and doesn’t make it exclusive, but rather inclusive,” said Brock, adding that while he is generally against densification of the neighborhood, he doesn’t believe that opening the restaurant to the public would have possible negative effects.

However, Brock was influenced and brought into conflict by the voices of the neighborhood associations Wilmont and NOMA, both of which opposed opening the restaurant to the public. During the voting process he wiggled yes, then no, and then switched back to yes.

Councilor Oscar de la Torre was also in conflict and requested to pause in the middle of the vote, but this was denied. He then drew criticism from Mayor Sue Himmelrich for speaking with Brock on the microphone during the vote.

“I tried to clear up the process. I was surprised to learn that it would take multiple voices, so it was a bit confusing. I needed more time to understand how the problems of local residents could be alleviated, ”said de la Torre when asked about the topic of the side conversation.

De la Torre finally gave the decisive no after council members Christine Parra and Himmelrich had cast no votes. The motion failed by 3-3 votes as Councilor Gleam Davis was absent and a majority was required to pass it.

“I just want to say that I have nothing against this project and if we could have done it without changing the text, I would probably have voted for it, but in principle I am against text changes,” said Himmelrich.

Opening the restaurant to the general public would require a text change to the Santa Monica City Code as the hotel has illegal use status under zoning regulations. While the proposed text change would not allow other companies to change their use, Himmelrich sees text changes as a slippery path towards increasing use in residential areas.

As Climate Worsens, Environmentalists Grapple With the Mental Toll of Activism