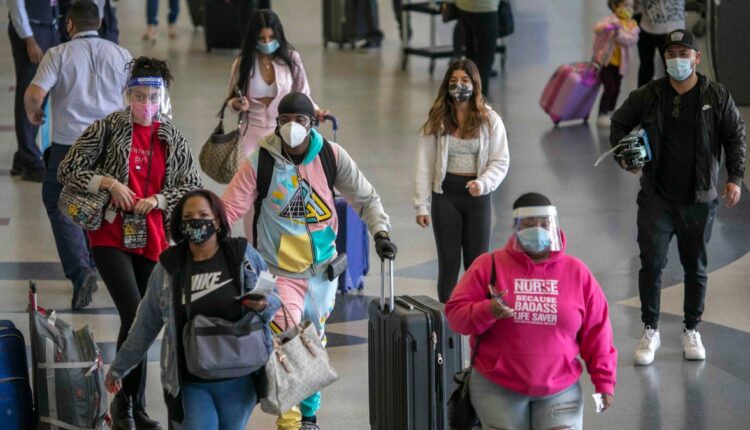 Pandemic-weary Angelenos will hit the streets and airways in large numbers this Thanksgiving, with approximately 4.4 million Southern California residents traveling for the holidays, according to Auto Club estimates released Tuesday.

The expected number of holiday travelers has increased by 16% compared to the previous year. According to the Automobile Club of Southern California, this year will be the second largest Thanksgiving travel volume in the area, just 3% among the 4.5 million people who traveled for Thanksgiving in 2019.

“This is a remarkable comeback for travel, especially considering that cruising and some other modes of transportation have only recently resumed,” Filomena Andre, vice president of travel products and services for the Auto Club, said in a statement. “To meet consumer demand, AAA is hiring travel agents. We also strongly recommend people not to wait to book trips in 2022 as they are now offering deals and availability that go quickly. “

According to the Auto Club, the top five destinations for Thanksgiving travelers in Southern California are San Diego, Las Vegas, the Grand Canyon, Yosemite, and Santa Barbara / Central Coast.

Nationally, Anaheim is expected to be the second most popular vacation destination for travelers thanks to Disneyland. Anaheim will rank second after another Disney hub – Orlando, Florida.

Nationwide, the Auto Club predicts that Thanksgiving will be the third largest of all time with 53.4 million travelers, just behind 56 million in 2019 and 53.7 million in 2018.

Of the 4.4 million expected travelers to Southern California, 3.8 million are expected to travel by car, while 494,000 will travel by air and 79,000 will use other means such as a bus or cruise ship.

The Auto Club noted that the increase in travel will come at a time when Southern California residents are paying the highest gasoline prices ever on Thanksgiving, with an average price of about $ 4.50 a gallon.

According to the Auto Club, analysts for transportation company INRIX have determined that the afternoon and evening of Wednesday November 24th will be the busiest times for Southland Freeways. The section of the Golden State (5) Freeway between Colorado Street and Florence Avenue is expected to experience the heaviest congestion, with traffic 385% above normal.

Parking is apparently more important than houses in Santa Monica