Thanksgiving in LA kicks off with high wind warnings 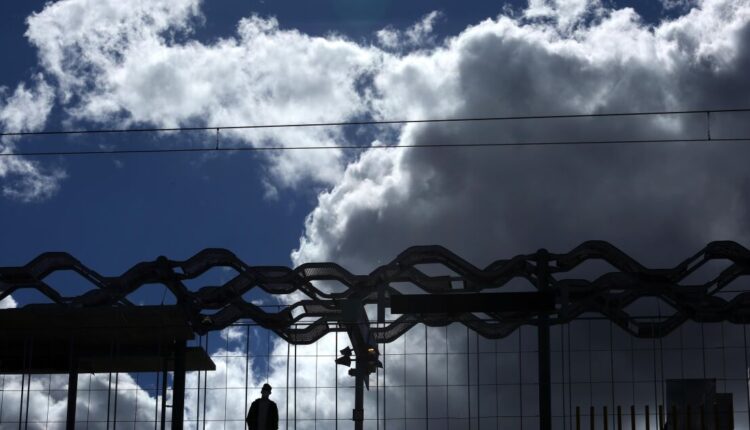 Downed trees and possible power outages. Thanksgiving in parts of Los Angeles and Ventura counties kicked off with a red flag warning and hot, dry gusts of Santa Ana winds that are expected to peak Thursday afternoon and taper out by Friday morning.

A high wind advisory is in effect until 3 pm for the San Fernando Valley, Santa Clarita Valley, the Ventura valleys, as well as for the Santa Monica and Los Angeles County mountains. Winds are expected to gust as high as 60 to 75 mph in more mountainous areas, with one particularly windy hotspot between Santa Clarita and Burbank — known as the Magic Mountain Truck Trail — already hitting 91 mph as of 8 am Thursday.

Wind conditions, even after they’ve peaked, are expected to remain fairly gusty until 11 am Friday. Weather officials advised fire-prone communities to remain alert.

These winds mark the third Santa Ana event in a week after powerful gusts topped semi-trucks, damaged electrical equipment and ignited a blaze in a Fontana pallet yard.

As a precaution, about 5,000 Southern California Edison customers in high alert areas — including southern Ventura County, a northwest swath of Los Angeles County and an area along the 215 corridor in Riverside County — might lose power on Thursday depending on how bad the winds get , according to spokesperson David Song.

Song said the “period of concern” for high winds is expected to subside by 6 pm, and that utility officials hoped they wouldn’t have to proactively cut anyone’s power on Thanksgiving day.

Santa Ana winds, the infamous, often-devastating winds that mark a distinctly California season, tend to wreak havoc each fall when a dome of cold, high-pressure air develops over Nevada and the Great Basin area. This high pressure forces the air to spread in all directions — including over the mountains and toward Southern California.

Rather than a coastal breeze flowing in from the ocean toward land, the wind conditions in Los Angeles are flipped during these high-pressured events: Santa Anas blow in super-fast and superheated, descending down mountain slopes, kicking up the foothills and taking down trees as they gust their way toward the sea.

Because of this flip, temperatures typical of Southern California’s various microclimates are also flipped. Beach towns along the Los Angeles and Ventura coasts are expected on Thursday and Friday to experience warmer, more sunny weather, with temperatures in the mid-70s to lower 80s. The mountains and deserts, on the other hand, will remain cooler and in the mid-60s.

Temperatures are expected to be cool across the region by Saturday, with temperatures ranging in the mid-60s and lower 70s. There is also a chance for light rain Monday and Tuesday, but officials said the weather models were still too far out to determine a more precise forecast.