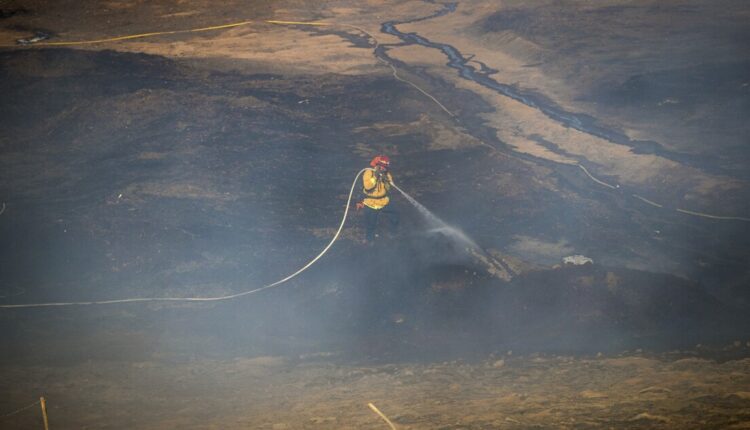 Southern California was hit by gusty Santa Ana winds on Thanksgiving Day, adding to the risk of fire and leaving tens of thousands without electricity but doing little damage.

Gusts of wind exceeded 80 km / h overnight in some mountain and slope areas and toppled some trees.

In North Hollywood, where the wind peaked at a top speed of 67 mph, a tree fell on a house on the 11200 block of Califa Avenue at 12:51 a.m. Thursday, Los Angeles Fire Department spokeswoman Margaret said Stewart. No injuries were reported.

By Thursday noon, the gusts had settled through most of the valley and a little higher in the surrounding mountains to the 30s and 40s.

A red flag went into effect for much of Los Angeles and Ventura counties at 10:00 a.m. on Wednesday. It will last until 6 p.m. Friday as gusty northeast winds and bone-dry air bring the potential for critical fire weather to the area, according to the National Weather Service.

By Thursday afternoon, Southern California Edison had turned off more than 75,000 customers, with an additional 168,000 potentially shutting down.

The utility said the barriers were necessary to reduce the risk of fire from wind-knocked utility lines.

But they threw a wrench into Thanksgiving dinner plans for many.

No decision has yet been made as to when the power would be turned back on, she said.

On Thursday afternoon, San Diego County authorities issued an evacuation warning for some Santee residents as firefighters battled a bushfire.

Santee Mayor John W. Minto said it appears the Magnolia fire scorched 18 acres, but progress has stopped and the structures are no longer in danger.

If you live in @CityofSantee there is a bushfire near Mast Blvd. and N. Magnolia Ave. An evacuation warning has been issued to residents who live near Ramsgate Drive & Hillcreek Road. The temporary evacuation point is located at Pathways Church (9638 Carlton Hills Blvd.). #MagnoliaFire pic.twitter.com/RxMTIT0EwL

A small brush fire in Sylmar that broke out near the Lopez Canyon Landfill was quickly put down after burning two acres.

The humidity was in the single digits on Thursday, the National Weather Service reported, and the drought should continue on Friday, according to the warning.

Winds were expected to ease by Friday, but the low humidity and occasional strong gusts would keep the risk of fire high through the afternoon, according to the warning.

Temperatures were in the low 70s in the coastal areas on Thanksgiving Day and the high 70s in the San Fernando Valley areas and should rise slightly on Friday and into the weekend, said Lisa Phillips, a meteorologist at the Meteorological Service’s Oxnard station.

The San Diego Union-Tribune contributed to this story.