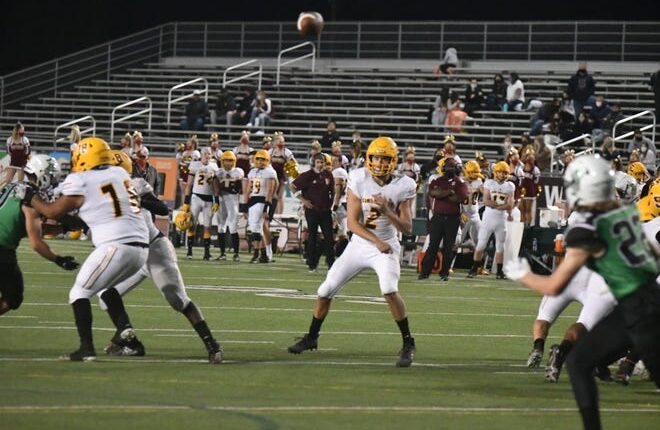 League champions Simi Valley’s quarterback Travis Throckmorton has been named the MVP of the Canyon League in football.