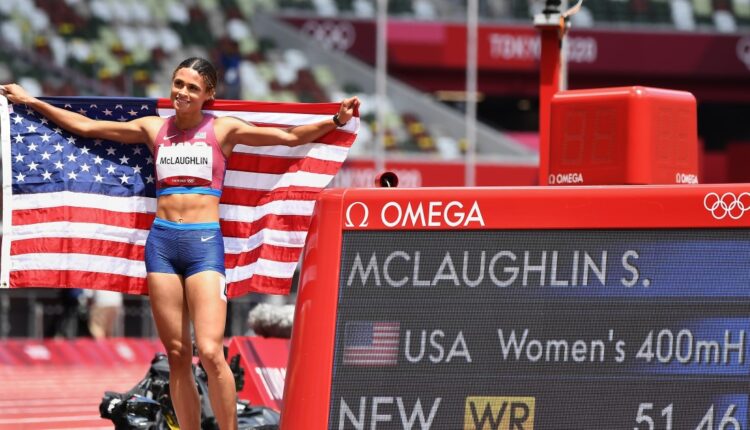 Sydney McLaughlin is getting faster and faster.

McLaughlin, who set a world record in the women’s 400-meter hurdles during the US Olympic trials, broke her own record and won gold at the Olympic Stadium on Wednesday.

US teammate Dalilah Muhammad, the 2016 gold medalist and former world record holder, finished second with a personal best of 51.58.

The former Trojan Anna Cockrell was also in the final, but was disqualified.

After the qualification was held on Monday in the rainy evening semifinals, the final was played in sunshine and heat.

McLaughlin had said that as the world record holder, she felt no pressure.

The US hurdler Sydney McLaughlin (right) celebrates her gold medal with the silver medalist Dalilah Muhammed after the women’s 400 meter hurdles on Wednesday.

“It’s one of those things you admit it happened, but the job isn’t done yet,” she said on Monday. “So just try to get better from there. Improve yourself compared to the last race in the trials and see how far I can go. “

In the final, McLaughlin ran on lane four, Muhammad on lane seven. They were tight the whole time and came out of the last corner. McLaughlin was undeniable, however.