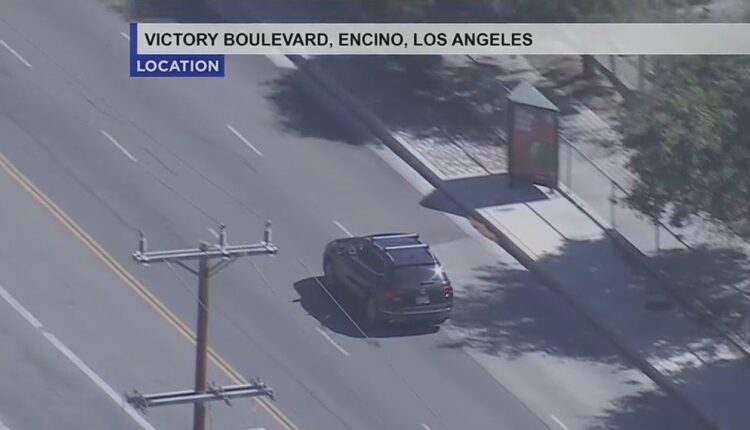 The police chase ends in a stalemate at Encino’s home

A suspect is in custody after senior officials pursued a car chase through the western San Fernando Valley.

THE ANGEL – A suspect was taken into custody after leading LAPD officers in a pursuit through parts of the San Fernando Valley.

According to the officials, the driver was wanted for reckless driving and possible house searches.

SkyFOX was over the vehicle as it recklessly drove on roads in Woodland Hills, Encino, Van Nuys, and Sherman Oaks.

The driver eventually stopped in front of a house on Orion St. and Camarillo St. near the Sherman Oaks Galleria.

A prosecution suspect led LAPD officers on a high-speed chase through the San Fernando Valley. The driver paused in front of a house on Orion St. and Camarillo St. near the Sherman Oaks Galleria. However, he refused to surrender, resulting in a stalemate.

The suspect got out of the vehicle and ran into a house, but it is not known whether the suspect knows the residents of the house. The suspect refused to surrender, which led to an altercation with the police. He was taken into custody about 20 minutes later. According to the officials, the suspect sustained a hand injury.