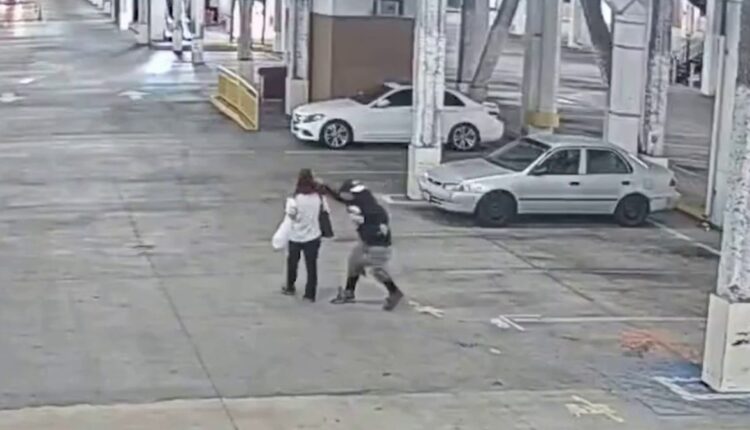 A suspect has been arrested in an attack on a woman in a parking structure at the Glendale Fashion Center earlier this week, police announced Friday.

The unprovoked crime occurred about 7:30 am Wednesday in the lower-level parking structure at the mall in the 200 block of North Glendale Avenue, police said.

A man randomly walks up to the woman in the parking structure and then strikes her on the head in Glendale. Police were looking for the man Feb. 28, 2022.

“The suspect was standing next to several bags and appeared to be smoking narcotics when the victim walked by,” the police said in a statement. “The suspect quickly walked up to the victim and struck her in the side of the head with (his or her) right hand.”

The woman kept walking and the suspect walked away from her. Police released security images of the suspect, and sought public help in solving the case.

On Friday morning, police announced that an arrest had been made. The identity of the suspect was not immediately available.