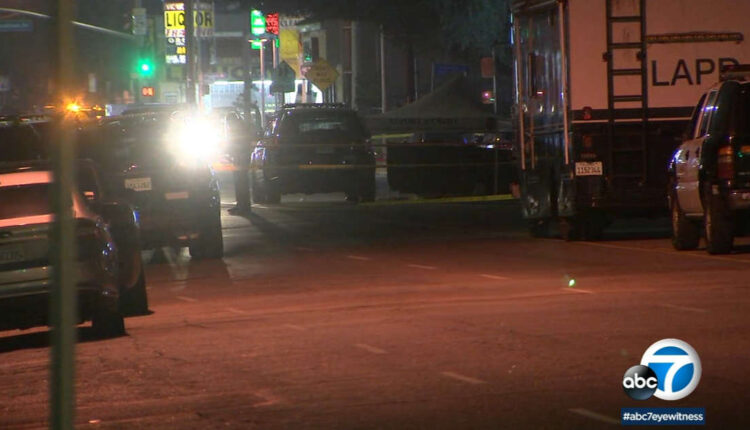 A suspect was shot dead by LAPD officials in the Valley Glen community in the San Fernando Valley on Sunday, authorities say.

Officers were responding to a vandalism incident on the 13800 block of Victory Boulevard near Matilija Avenue when, according to Los Angeles police, they found a man with knives in both hands slashing car tires at around 5:20 p.m.

Authorities described the knives as having blood on them, but could not tell where it came from or whether the man had attacked someone before they arrived. The man wasn’t wearing a Halloween costume and the knives were real, they added.

According to police, the suspect refused the order to drop the knives and approached the officers. When a less lethal weapon failed to stop him, the officers shot him.

The suspect, described only as a man in his forties, was pronounced dead on the scene. No officers were injured.

The guns were recovered from the scene.

Microsoft and partners may be compensated for making purchases using the recommended links in this article.