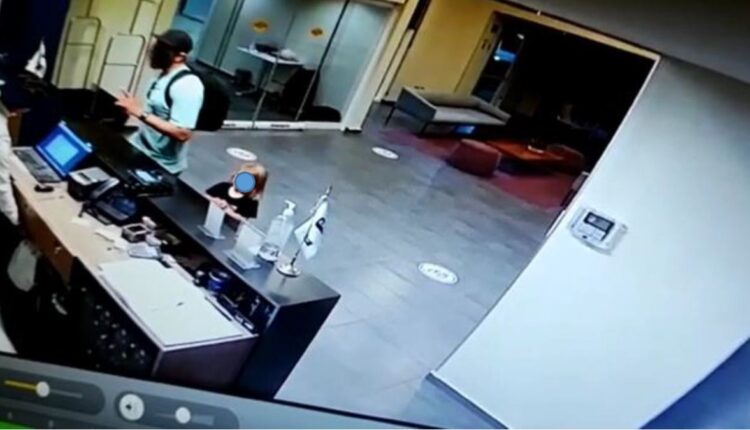 A surf school owner in Santa Barbara was charged Wednesday with the gruesome deaths of his two children, ages 2 and 10 months, after their bodies were found in a trench in Rosarito, Mexico.

Matthew Taylor Coleman, 40, faces the foreign murder of US citizens on two counts – a two-year-old boy and a ten-month-old girl. He told authorities in an interview after his arrest that he “believed his children were going to become monsters, so he had to kill them,” according to a criminal complaint filed by federal authorities.

He also admitted shooting at her with a spearfishing gun, according to the nine-page criminal complaint, which was unsealed on Wednesday. The complaint went on to say that Coleman had stated that he was enlightened by the QAnon and Illuminati conspiracy theories and was receiving visions and signs that reveal that his wife possessed snake DNA and passed it on to his children and was trying to “protect the world to save from monsters. “

An affidavit in support of the criminal complaint said Coleman’s wife contacted the Santa Barbara police on Saturday to say her husband left her home in a Sprinter truck. She filed a missing person report the next day and found, using a computer application, that Coleman’s phone was on affidavit in Rosarito on Sunday afternoon.

The video from a surveillance camera showed Coleman checking into a motel in Rosarito with the two children on Saturday, according to the Attorney General of Baja California.

The FBI dispatched agents to the US-Mexico border who discovered that, according to the authorities, Coleman had entered the United States in the Sprinter van without the children. They were later informed by police officers in Rosartio that the children’s bodies had been found on Monday morning about 35 miles south of the border.

Coleman was due to appear in court for the first time in downtown Los Angeles on Wednesday afternoon. It was not initially clear whether he had a lawyer who could speak for him.