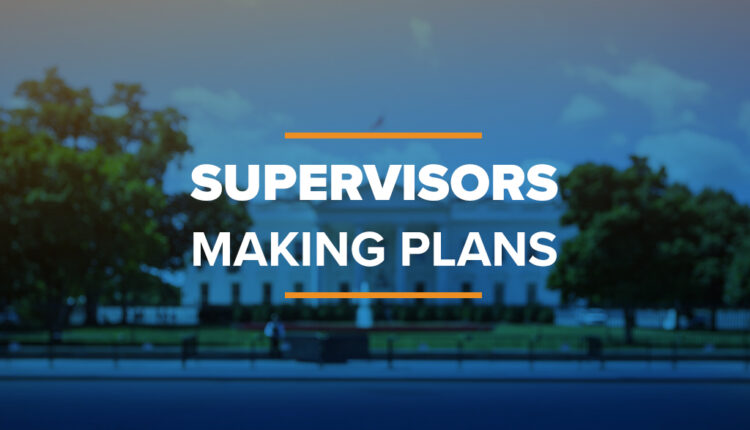 LA County’s five-member Board of Supervisors recently announced its unanimous desire to see Los Angeles become a “haven county” for abortion access in the event other states begin to restrict access to reproductive healthcare. County staff are now beginning the process of determining what that could look like.

More weeks into the 2022 legislative sessions, battles over the future of abortion already are setting up around the US Republican lawmakers are proposing new restrictions modeled after laws in Texas and Mississippi that present a direct challenge to the landmark Roe v. Wade decision, while some Democratic-led states are working to preserve or expand access.

The activity in state legislatures was anticipated after the US Supreme Court, with its conservative majority, signaled it was ready to make seismic changes to the nationwide right to abortion that has stood for nearly half a century. If the court overturns Roe v. Wade entirely, the decision on whether to keep abortion legal would fall to the states.

More than 20 states already have laws on the books to ban or dramatically restrict abortion if Roe v. Wade is overturned. As legislative sessions begin, several are considering new bans.

If Roe v. Wade is overturned, California — a state where abortion access is enshrined in state law — could become a popular destination for those who live in states where abortion could be limited or all-out banned. In preparation for that potential wave in people seeking abortions, LA County Supervisors are asking their staff — The County CEO, the directors of the Department of Health Services and Department of Public Health, and County Counsel,” — to coordinate with Planned Parenthood and other reproductive health care advocates develop plans for how the county could respond.

“Make no mistake: Women in LA County will continue to have the right to quality reproductive health care services, including comprehensive quality reproductive health care services and abortions,” LA County Board of Supervisors Chair Holly Mitchell, who authored the Jan. 25 motion, said. “The elimination of this right in other states, however, could lead to an increased demand for contraceptives and abortion services by women from those states at our county’s public and private hospitals and clinics.

“The elimination of abortion rights and other states could also result in delayed access to reproductive health care and increased medical complications and morbidity,” Mitchell continued.

Kuehl said that she did not want to suggest the Supervisors were expecting the County would be “inundated with people from other states kind of using up our resources.”

“I would like to think of us as a welcoming county for those seeking to exercise their constitutional rights if they’re denied by other states,” Kuehl, who co-sponsored the motion with Mitchell, said. “We’re doing that, and looking to plan for that is a really, really good thing. I think we should be very proud that we could be a welcoming community.”

Among supervisors’ requests were an analysis of the potential budget impact associated with the State’s proposals to open up abortion access to nonresidents. They also asked for opportunities to enhance medical training in the County, including training to assist victims of botched or complicated non-hospital abortions in other states.

Supervisors also asked staff to identify “opportunities to reduce and address health disparities by expanding reproductive and sexual health services, supplies and education, for marginalized communities and those who might be harder to reach.”

Staff were given 30 days from the Jan. 25 meeting to gather the requested info.

Supervisor Kathryn Barger pointed out that, with a population around 10 million, approximately one out of every 35 Americans resides in LA County.

“I think that an action like this coming from a county of this size speaks volumes — represented by five women who understand this issue very well,” Barger said. “So, I’m happy to support this.”

None of the dozens of residents who called in to comment at the meeting expressed an opinion on the motion, but 23 Angelenos supplied written public comment about the proposal prior to the meeting: 11 in favor; 12 opposed.

“The County ought not to embrace a culture of death and plan strategies to undermine other state laws if Roe vs. Wade is overturned,” one letter-writer, Darren Verrette, stated. “The County ought to immediately develop plans that foster behavior to reduce unplanned pregnancies such as abstinence programs, combat human trafficking, and support institutions such as crisis pregnancy centers that provide support and options like adoption. These strategies should be embraced regardless of the Supreme Courts decision.”

California lawmakers in Sacramento will consider plans this year to make the State a “sanctuary” for those seeking reproductive care. That could include paying for travel, lodging and procedures for people coming from other states.

“We are confronting an all-out assault on reproductive freedom in America. There are powerful forces working tirelessly to drag us backwards. But here in California, we are not going back,” said Assemblywoman Cottie Petrie-Norris, as state lawmakers proposed eight bills on Thursday. “We will continue to fight for reproductive freedom.”

Lindsay Whitehurst and Don Thompson of the Associated Press contributed to this report.