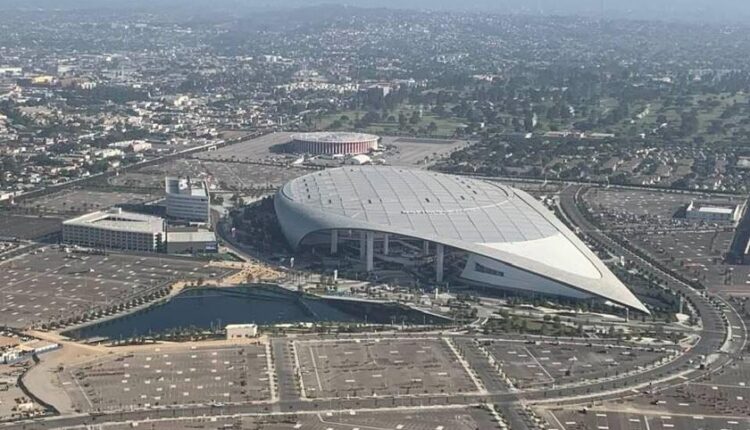 (Shenandoah) – We are now returning to our regularly scheduled program.

After a long hiatus, this reporter’s Sunday morning blog is back – much to the delight of its readers (you four). I know, I know, I went back to work for two weeks after my two-week vacation at the end of July. Still, it’s been a couple of weeks since I’ve blogged. So, it’s time to take off my duff.

And how could I better continue my blog by explaining where I’ve been in the past few weeks? I spent part of that time in a city that I called my home for five years.

As the late Jack Webb would say, “This is the city … Los Angeles, California.”

COVID-19 prevented any travel in summer 2020. It was with great enthusiasm that I returned to the old districts, not only to visit the family members who lived there, but also to visit some familiar – and in many cases sentimental – places.

Like the rest of the country, Southern California is still grappling with the ongoing pandemic. Most indoor Los Angeles County locations still have mask requirements, so I wore face coverings in every location I visited. We will not go into any further detail on this topic.

What follows is a quick recap of some of my SoCal tour stops:

SoFi Stadium: This picture on the front of the carousel was taken when my plane landed at Los Angeles International Airport. And if that doesn’t give you an idea of ​​the enormity of one of LA’s newest attractions, there will definitely be a sight to see.

My sister and I had the opportunity to tour the new home of the NFL’s Los Angeles Rams and the San DiegERRRRRRRRR LA Chargers. It was an overwhelming experience. Sure, from the outside it looks more like a spaceship than a football stadium. But the interior of the SoFi Stadium has everything you could want from a modern sports facility and more: a huge, wraparound electronic scoreboard, comfortable seating with cup holders, numerous concession stands, state-of-the-art changing rooms (Aaron Donald’s locker was prominently displayed) and of course the important luxury boxes.

Unfortunately, preparations for an upcoming concert prevented our tour from reaching the field. And we weren’t allowed to enter all of the luxury boxes (especially one that our guide said could have belonged to a professional athlete who may have been playing for a professional basketball team in Los Angeles. Note: he recently changed his jersey number from 23 to 6!).

Oh, did I mention that SoFi Stadium will host Super Bowl 56 in February, as well as the opening and closing ceremonies of the 2028 Summer Olympics?

The Farmers Market: Not to be confused with the Farmers Market in Priest Park, no visit to LA is complete without a stop at this historic location on 3rd and Fairfax. The Farmers Market is located next to CBS’s Television City Studios and has stalls and restaurants with all kinds of food. The Grove Shopping Center next door adds to the experience.

Hollywood and Highland: As with other LA attractions, this retail and restaurant development is still recovering from the pandemic. The complex was built around the famous Grauman’s Chinese Theater on Hollywood Boulevard and offers visitors the chance to see the Hollywood sign and experience everything else that has to do with Hollywood – from its glitz to its decadence. The Hollywood Walk of Fame is still a major attraction. Hell, if you look carefully you can find the Everly Brothers star about a block from the theater. Other attractions include the Roosevelt Hotel, the El Capitan Theater – right next to the studio that broadcasts “Jimmy Kimmel Live” – ​​and the Dolby Theater, the venue for the Academy Awards (the Dolby Theater was closed to the public when I visited because of COVID).

Dodger Stadium: Dyersville has its Field of Dreams. Los Angeles has THE baseball cathedral.

Granted, I’m biased. Dodger Stadium was like a home from home to me when I lived out there in the 1980s. And it’s still high on any return visit list. But there really is no better place to watch a baseball game than at Dodger Stadium. Almost 60 years after it opened, the Chavez Gorge ballpark is still a gem. The newest attraction is the Centerfield Pavilion. The pavilion is beyond the center wall and features numerous concession stands, a team shop, a stage, a Jackie Robinson statue, and various Dodger memorabilia. The special thing about my return was that the Dodgers actually won a game there. Two homers by Chris Taylor and a solo shot by Will (the Thrill) Smith helped the Dodgers beat Colorado 3-2.

Santa Monica Pier: Think of a mini Iowa State Fair near an ocean. The pier has been a traditional meeting place for any Angeleno or tourist for decades. Even though it was cloudy and cool on the day I visited (damn it, it even rained early that morning) the pier was still filled with visitors from all over the world. People even ventured into the water on nearby Santa Monica Beach (and no, there weren’t any sharks). There are even stalls selling funnel cakes (though I couldn’t find any fried twinkies!).

These are just some of my observations from my last trip to LaLaLand. Time wouldn’t allow me to stop at other famous locations (one day I WILL return to Disneyland and Universal Studios).

Every return trip to LA is a wonderful homecoming. Southern California will always be a part of my life. But make no mistake: every time I visit out there, I appreciate what we have here in southwestern Iowa and how much I love living in small towns in Shenandoah.

This reporter embarked on another sentimental journey last month: a return to my hometown of Fremont for my 40th anniversary of high school reunions. Yikes More on that in my next blog.

Mike Peterson is the senior newscaster / reporter for KMA News. The opinions expressed on this blog are not necessarily those of this station, its management, or its owners.