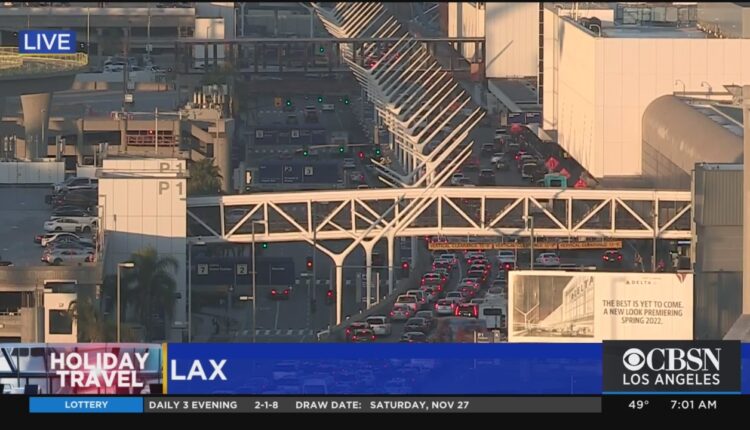 The TSA estimated that more than 20 million would pass checkpoints during the holiday season, with 10 percent of those travelers passing through LAX. By Saturday evening, the TSA had screened 18.4 million travelers across the country.

In the ten days since Thanksgiving travel season began, the TSA screened 2.2 million travelers on four separate occasions, with the majority of travelers arriving at the airports on Wednesday, marking a new pandemic record of more than 2.3 million people.

CONTINUE READING: The Hollywood Christmas Parade returns on Sunday after a year due to COVID-19

“It was great. It was great to see the family again after such a long time after COVID,” said another traveler. “It’s been a while.”

Sunday was expected to be busier. At airports across the country, travelers are reaching pre-pandemic levels.

Celebrations to mark the beginning of Hanukkah