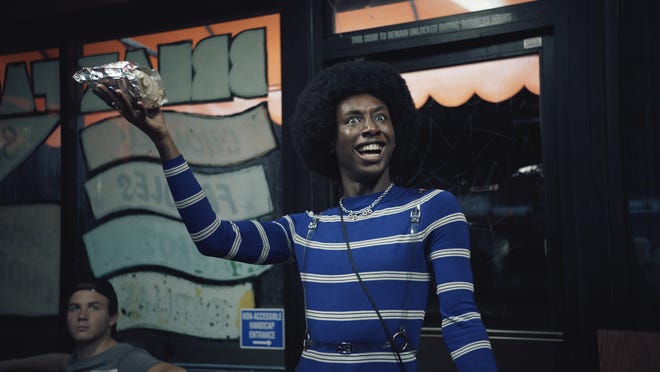 When a film’s dialogue is particularly good, it is sometimes described as poetic.

In the case of “Summertime” it really is. Carlos López Estrada’s feature successor to his powerful “Blindspotting” uses poetry and spoken word performances, along with a little dance and music, to – albeit loosely – piece together a day in the life of Los Angeles.

The 25 actors, some of them first-time actors, wrote their own pieces, so there is of course a tone shift that cannot be completely smoothed out. What is good.

It’s experimental in the best sense of the word; Estrada takes risks and not every segment works. But put together they tell a complete and rich story of a city and the people who live there and the variety of their stories. Estrada didn’t set out to tell the ultimate LA story (there are many). But in getting small he made a great movie that can be very worthwhile.

Some signs serve as a kind of through line. There’s Tyris (Tyris Winter) brandishing a dagger in his surprisingly difficult search for a cheeseburger with Yelp reviews. But his search also serves to illustrate the dangers of gentrification as well as the vulnerability beneath his bragging rights.

There’s also Anewbyss (Bryce Banks) and Rah (Austin Antoine), rappers who start the day on the street selling homemade CDs and end it absurdly successful and burned out with fame by theirs the fluffy burger shop manager Limousine offer you wander into it. Strict adherence to realism is obviously not required here.

Unable to shake off her ex-boyfriend, Sophia (Maia Mayor) basically pursues him to heal her broken heart – an exercise that predictably only makes things worse. In the end, she meets Marquesha (Marquesha Babers) who is reading a book her therapist recommended – written by her therapist.

Marquesha has the most intense and moving part of the film when she (at the suggestion of the therapist’s book) confronts her ex-boyfriend, a real bum who shamed her. It starts slowly, then becomes more intense, building its power bit by bit – regaining its power. It is a breathtaking performance, full of pain and anger and ultimately redemption.

Raul Herrera’s performance is the perfect cap for the film

The last piece, played by Raul (Raul Herrera), the limousine driver, is also moving. He spends his time working around town, is an easy-going tour guide and host. He finishes his limo ride on a hill above the city – the most conventional tourist setting Estrada uses in the film, though many others offer their own beauty.

He will give them his love and his time, he says, but in return he has to follow their dreams. “All I ask in return is that you fly.”

It’s a moving moment, the perfect culmination of what is basically a journey through parts of the city that are not always seen in the film, a journey that is driven by language – language that is spoken, sung, spat out, whatever it takes to convey the meaning.

Estrada’s approach to uniting the stories is informal. The transition from one scene to the next is often that his camera follows the speaker who is talking past another and then the focus is on him. Sometimes inelegant but effective.

Some of the performances – especially Babers and Herrera, but also others – stand on their own as single stories. But together they are much more powerful. It takes a while to get caught up in the rhythms of the film. However, once you do, you are permanently hooked.

Rating: R for language and sexual references throughout.

Subscribe to azcentral.com today. What are you waiting for?