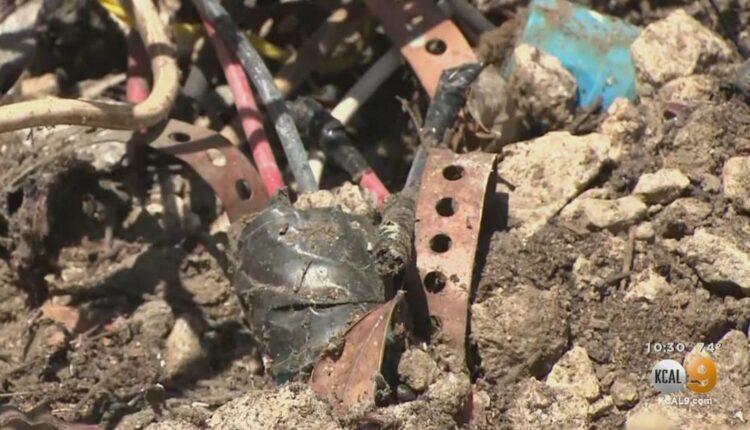 As a result, local neighborhoods in the San Fernando Valley are being left in the dark.

Thieves are going into electrical boxes, which are technically owned by the city, and ripping the wires right out.

City officials told CBSLA reporter Rick Montanez that street light repairs in the San Fernando valley alone are delayed by months. Sometimes due to a backlog of outages caused by copper wire theft.

But now Los Angeles City Councilmember John Lee is looking to do something about this rising issue.

The councilmember from District 12, which covers a lot of the San Fernando Valley, is putting some money into ensuring that these electrical boxes are better protected.

Lee’s office is working with a $60,000 pilot program to ensure that 110 light poles in the district are vandal proof.

“Camouflage it in ways so it matches the rest of the sidewalk,” Lee said.

Crews are burring the electrical boxes and covering them with steel and cement. They’re welding shut access points, making it much more difficult for thieves to steal the lucrative copper wire.

“The thefts might result in a few hundred dollars as they try and recycle or sell it,” Miguel Sangalang from the Los Angeles bureau of street lighting told CBSLA reporter Rick Montanez. “It costs us though anywhere from $900 to $2,000 per light in order to repair it.”

The ultimate goal is for this plan to go city wide. The bureau of street lighting is investing $11 million this year into finding ways to fortify the city’s 220-thousand street lights.

“This is a public safety issue, not only because the lights are out. But when they break into these, there’s exposed wiring sometimes outside of the polls,” Lee said.

For home owner Peter Khai, the resent rise in light outages at night in his neighborhood has certainly created concern for him and his family at night.

“It’s really dark when the lights are not on and like I said, it’s very dangerous,” Khai said. “You don’t know who is out here. You could walk out and be in a bad situation and there’s nothing you can do because it’s all dark.”

Each time copper wire is stolen from a light pole, as many as four to eight lights can be blacked out.

The CBS LA Staff is a group of experienced journalists who bring you the content on CBSLA.com.