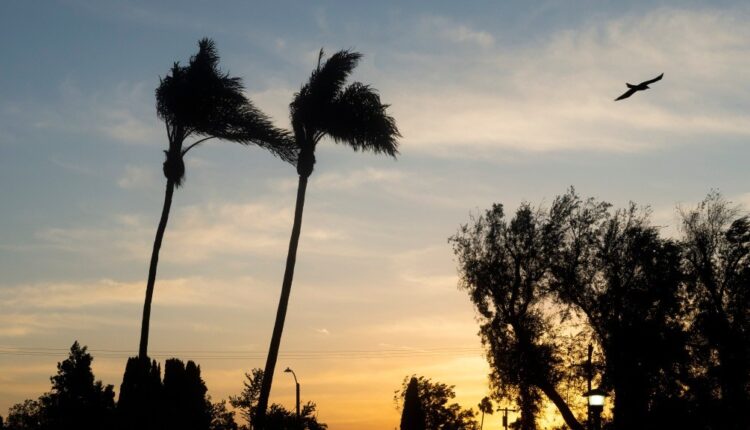 After a rainy start to the week, southern California residents are expected to experience gusty winds and warm weather on Thursday, October 28, forecasters said.

The Los Angeles / Oxnard National Weather Service office issued a wind warning for the Santa Monica Mountains from 3:00 a.m. Thursday morning to 3:00 p.m. Thursday afternoon, which has north to northeast winds of 20 to 30 miles per hour with gusts of up to 45 Miles per hour are expected.

The Santa Clarita Valley and San Fernando Valley have a similar cue, where winds of 15 to 25 mph with gusts of up to 40 mph are expected.

The National Weather Service issues a wind warning when expected gusts are above normal for the region. A high wind clock is sent out when strong, sustained winds are expected, and a wind warning is issued for strong winds and stronger gusts.

The airflow from the desert should bring dry, above-average warm weather with temperatures in the mid-80s on the coast and low 90s in valley areas.

If you thought today was warm, tomorrow will be even warmer! In some areas we will also have slightly stronger northeast winds. Despite the warmer and drier conditions, the relative humidity is unlikely to be low enough to cause a fire hazard. #cawx pic.twitter.com/X69yHjKkCW

Unsecured objects such as rubbish bins and garden furniture could be blown away in such winds.

“It gets pretty windy with gusts of about 45 miles per hour on the edges of the coastal mountains,” said Samantha Connolly, a meteorologist for the National Weather Service.

Gusts of wind at speeds of 25-30 miles per hour can regularly hit northern parts of the Inland Empire, especially below the Cajon Pass.

Although wind usually brings increased fire conditions, recent rains have helped and there have been no fire hazard warnings.

Expected maximum temperatures for Thursday according to the NWS: