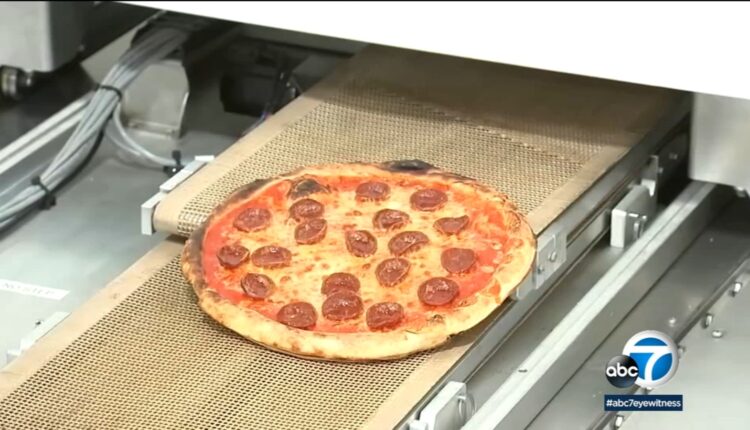 LOS ANGELES (KABC) – Santa Monica has robots that deliver food, but for robots to actually make the food you need a team of rocket scientists. Fortunately, Brandon Tsai, the founder of Stellar Pizza, is a true rocket scientist.

Stellar Pizza is a new, state-of-the-art, robot-powered mobile pizza restaurant founded by Tsai and 23 former SpaceX employees. Pizzas are slated to hit the market in Los Angeles early next year.

“What we have is an automated restaurant on wheels and we can prepare the food on the way to your home.” explains Tsai.

When Tsai left SpaceX in 2019, he wanted a solution to grocery delivery challenges, such as the high commission fees and high running costs of a brick and mortar restaurant. His Stellar Pizza Truck prepares and bakes gourmet pizzas from scratch in less than five minutes on the way to the delivery point.

“We have no real estate, we have no workers. And it becomes a higher quality product, more consistent because it’s an automated machine that makes the same movements every time, ”says Tsais.

OTHER ABC7 SOLUTIONS | Smart Cups: How the company behind “the world’s first printed drink” wants to help the environment

Developing the machines for robotic pizza making is a formidable achievement, but making gourmet pizza that tastes great through automation has also been a challenge.

Stellar Pizza products will be available through the company’s custom mobile app, with several trucks launching the automated, modular technology over the next year.

It’s only pizza now, but the ultimate mission is to create automated cooking for a variety of foods on the go.

Another element of automated cooking, while not intended, is that no one touches your food – except you. It’s an added bonus in a post-pandemic world.

‘The Charges Seem Crazy’: Hospitals Impose a ‘Facility Fee’ — For a Video Visit