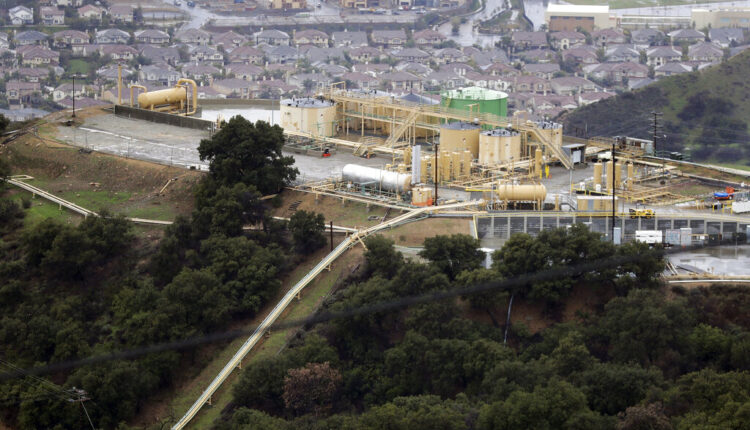 California regulators on Thursday voted to increase the capacity of a natural gas storage field in the Los Angeles area, where an outbreak in 2015 caused the largest methane leak in the country and forced thousands out of their homes.

The move is intended to ensure the supply of natural gas “safely and reliably” for the coming winter months, even if the PUC continues to work on longer-term plans to close the field, Commissioner Martha Guzman Aceves said in a statement.

Neighbors and activists who want Aliso Canyon to close permanently said the increase was unnecessary and urged the PUC to oppose it.

The field storing gas in old wells has had a capacity of 50% as of 2018, but the PUC vote increases that to 60%. The PUC rejected an alternative plan to operate the field at 100% capacity.

A well failure in the field on October 23, 2015 resulted in nearly 100,000 tons of methane and other materials being released into the air for nearly four months before it was controlled.

The blast has been blamed for the sickness of thousands of residents who moved from their homes near the San Fernando Valley to escape a sulphurous stench and illnesses such as headaches, nausea and nosebleeds.

Ahead of Thursday’s vote, some told the commission that they still smelled like gas, and a Porter Ranch resident said she was afraid to open her windows, the Los Angeles Daily News reported.

The PUC’s decision was “in favor of the interests of fossil fuels, not the well-being of California taxpayers,” said Alexandra Nagy, California director of Food & Water Watch, in a statement.

The move is “not only dangerous, but unnecessary” and will create a “catastrophic flood of natural gas,” said Nagy.

SoCalGas said Aliso Canyon and other storage facilities will play “an important and essential role” in delivering gas and maintaining energy prices this winter if prices are to rise nationwide and interstate pipeline repairs are to curb regional supplies.

SoCalGas spent more than $ 1 billion on the explosion – most of which will temporarily relocate 8,000 families.

State regulators noted that SoCalGas did not investigate previous well failures at the storage site and did not adequately assess its aging wells for disaster potential prior to the outbreak.

Last month, SoCalGas and its parent company Sempra Energy agreed to pay up to $ 1.8 billion to settle lawsuits from 35,000 people. The agreement is subject to the assumption that approximately 97% of plaintiffs accept it and could be reduced if fewer agree.

The utility has faced hundreds of lawsuits on behalf of 48,000 people.