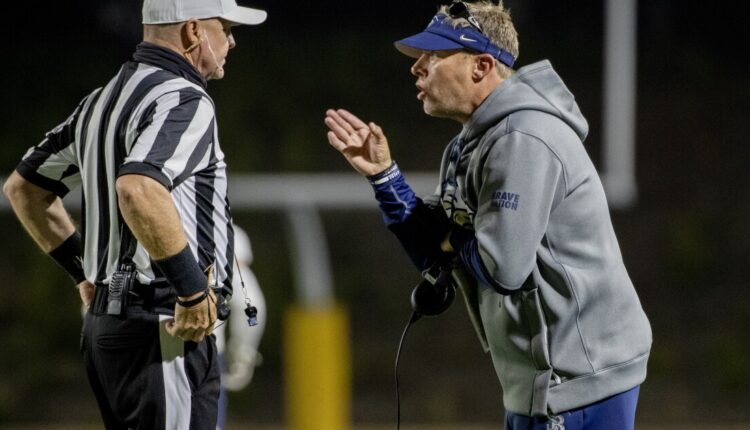 The Southern Section Council will be presented with a proposal Tuesday that would change the way high school sports officials are paid, switching to an hourly rate. It would begin with the 2022-23 school year if approved later this year.

Officials’ fees typically cover a three-year period. There has been a shortage of officials, so a committee of school district members, principals, athletic directors and officials tried to come up with a fee structure to help attract and retain officials. The current contract gave $1 increases over three years.

The proposal seeks to pay officials a minimum hourly rate of $35 by year three in all sports.

The Southern Section released a statement on the matter:

“It was the CIF Southern Section’s Officials Fees Committee (comprised of school district members, principals, athletic directors, and officials) task to formulate a proposal addressing officials fees across the board and not just one sport. It is our belief that the proposal is well thought out and addresses fair compensation for ALL sports officials in all sports.

“If passed, this proposal will result in CIF-SS member schools incurring thousands of dollars in additional officiating fees, not only in the sport of football, but across the spectrum of CIF-SS approved sports. We believe this represents a commitment by the member schools toward the recruitment and retention of sports officials and in all sports and speaks to their firm appreciation of the job officials have and continue to do every day.”

Officials associations are still gathering information and alerting members to the proposal.