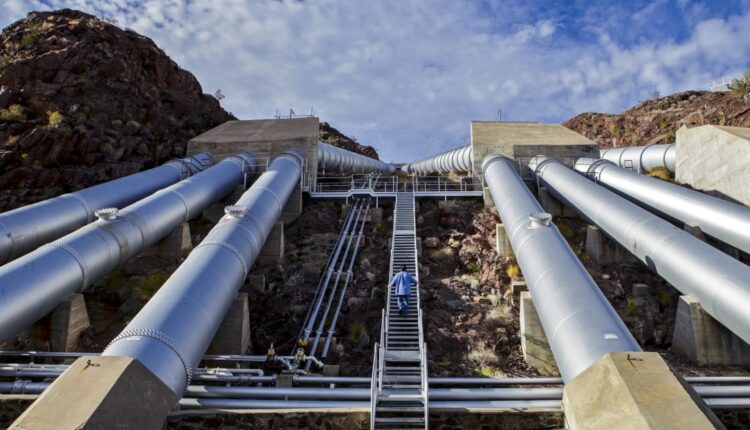 So the Southern Californians didn’t cut their water usage in July despite Governor Gavin Newsom requesting a voluntary 15% cut?

Well of course not. The dusty sea beds, the dry cones, the strict regulations to reduce water use, and the most terrifying forest fires (at least so far) were in Northern California, and that’s where Newsom focused its worst warnings. He declared a drought emergency in Mendocino and Sonoma counties in April, expanded it to 41 counties in May and then to 50 counties in July – but not in Los Angeles, Orange, Ventura, San Diego, Riverside or San Bernardino. The Metropolitan Water District of Southern California has warned of unprecedented bottlenecks in Lake Mead and has launched an advertising campaign calling for more conservation. But the MWD is a victim of its own success, because it has done an excellent job for decades and supplied enough water so that the residents usually do not think about bottlenecks.

The MWD board declared a water supply alarm in August that local drought regulations should follow. But cities have other things on their minds.

Over the course of an extremely hot summer, amid the fear and deprivation caused by the second year of a deadly pandemic, and at a time when police officers and others are not receiving potentially life-saving vaccines unless forced to do so even then, a polite request for a modest and completely voluntary 15% reduction in water consumption sounds a lot like “don’t worry, be happy”.

Indeed, the water outlook for Southern California is alarming. In addition to the measly grants urban areas are receiving from the State Water Project this year for not fully penetrating the Sierra snowpack and summer runoff, this is the first time Los Angeles and neighboring counties are facing a deficiency statement in our other primary water source . the Colorado River. This has nothing to do with the Sierra, and everything to do with a 21-year drought in Arizona, New Mexico, Colorado, Wyoming, Utah, and Nevada – the states that southern California gets much of its water from.

In fact, the arid conditions in the Sierra, the Rockies and in between may not be a drought, but rather a return to historical patterns after the unusually humid period in which the region was settled and developed. At the same time, global climate change through industrial and everyday CO2 emissions is causing monkeys with the pattern, which means that when rain and snow come, they are less predictable. Ever hotter temperatures mean that snow caps simply evaporate or become soaked from parched mountain slopes instead of running down rivers to replenish our supplies.

So we have a water shortage emergency in Southern California, just like the rest of the state, whether the governor and the MWD have declared it or not. Without a doubt, cuts that were previously voluntary will soon become mandatory.

But we’re going to need better signposts than something amorphous like 15% off last year’s consumption.

A better approach would be to ban the watering of lawns, as in previous emergencies, or, given the drought will remain here, to demolish the lawn entirely, as did many homes during the “drought” of 2012-2016 was the case. To be honest, it was probably part of a new drought norm that is still with us despite a couple of flood years in between.

Can we keep building new houses and adding new people in such an environment?

We can and we should. In fact, laws that encourage the construction of apartment buildings provide housing without thirsty courtyards for a workforce who would otherwise seek traditional housing and create new lawns instead of tearing up old ones. We call it “drinking water,” but in fact the single largest single use of household water in California is landscaping. Apartments, four-family houses and other multi-family houses in which many people share the landscape are water-saving.

So should we pave our yards?

Not at all. Homeowners have many options for native plants and other landscaping that look beautiful and use much less water. And also, planted courtyards (dotted with hollows or deeper areas where rain and runoff can collect) help direct the water into the ground where we want it, rather than into the sea. In much of the San Fernando Valley, water that penetrates the soil replenishes a giant aquifer – almost an underground lake – that will likely be our salvation if dry periods persist.

There is no need to shame the region’s low water savings in July. We’re just getting started. We need clearer guidelines from our political and water supply leaders and more forceful statements about our situation. We can live well on the water we have if we only respect its scarcity and value.

The Checkup Is in the Mail? Soliciting Letter Carriers to Help Deliver Health Care