South Los Angeles: Man shot while driving dies after crashing into another vehicle 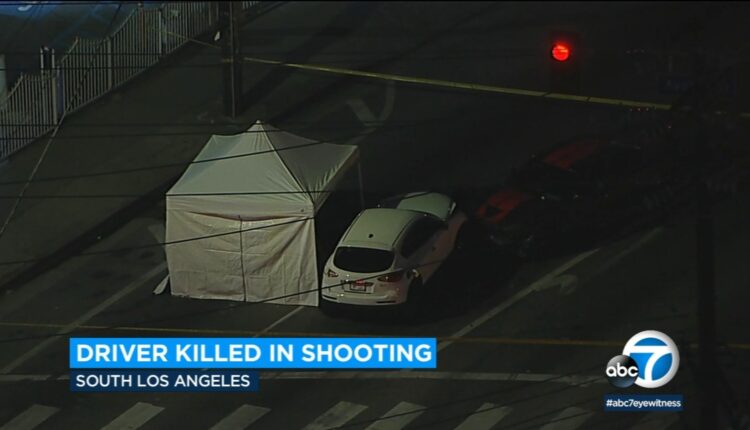 SOUTH LOS ANGELES (KABC) — A man died after he was shot while driving and then crashed into another vehicle in South Los Angeles Wednesday morning, police said.

The crash happened around 2:20 am at the intersection of Gage Avenue and Avalon Boulevard.

Police say the driver was shot while the car was in motion, and he crashed head-on into another vehicle.

The shooting victim died at the scene. He was identified as Yovany Rodriguez, a 29-year-old resident of Los Angeles.

The condition of the other driver involved in the crash is unknown.

Further details about the shooting and crash, including a description of the gunman, were not immediately available.