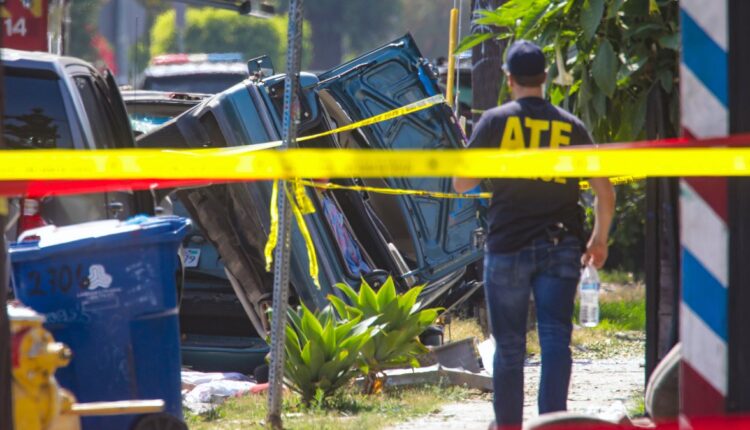 The investigation report, which aims to explain how members of an LAPD bomb squad caused a massive explosion on a residential street in South Los Angeles, is due to be completed in the next few weeks, LAPD chief Michel Moore said Tuesday.

The Bureau of Alcohol Tobacco Firearms and Explosives originally announced that its results would be in by the end of August. Moore told the LA Police Commission on Tuesday that the ATF now believes the investigation could take several more weeks.

“I met the special agent in charge yesterday [Monique] Villegas from ATF, ”said Moore. “This is expected to happen in the next two to four weeks.”

Moore said he also expects the LAPD’s internal review of decisions and actions taken by the bomb squad to be completed on June 30 at around the same time. These findings could lead to disciplinary action against the officers involved.

In July, Moore said human error likely contributed to the explosion after bomb squad officers underestimated the explosive power of material put in a security truck for an allegedly controlled detonation.

The LAPD truck, called the Total Containment Vessel, was destroyed in the explosion, which also threw huge pieces of metal and debris for blocks around.

The East 27th Street explosion sent 17 residents and first aiders to hospitals and damaged 22 homes, 13 shops and 37 vehicles. Since the explosion, some of the residents who had to evacuate their homes have been given access to housing, funds to meet their basic needs such as clothing, and three meals a day.

Moore told the commission Tuesday that he toured the site and met with four of the affected families. He said the police are working with other city authorities to expedite repairs and services to the people living there.

Authorities said that around 32,000 pounds of fireworks were stored in one of the houses on East 27th Street, which is where they were allegedly sold.
The resident of this house, Arturo Ceja III, 27, is charged with illegally transporting tons of explosives.

In a lawsuit, prosecutors alleged Ceja bought most of the explosives from a dealer in Pahrump, Nevada.