Someone lived in a Sacramento freeway crawlspace – NBC Los Angeles 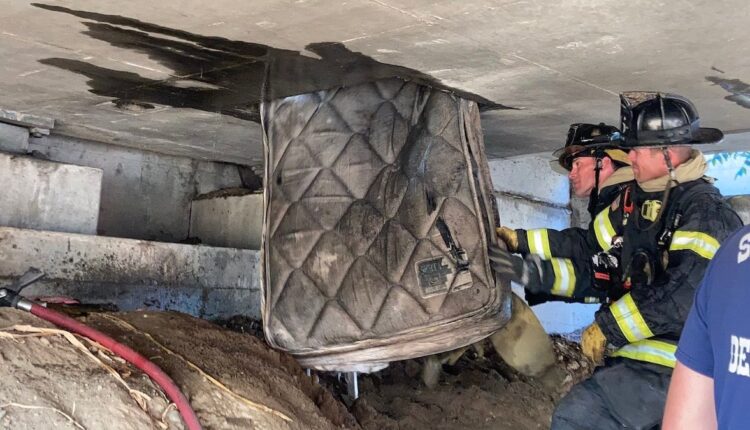 Firefighters made a surprising discovery after responding to an unusual report of smoke development from a fire in a highway overpass in Sacramento.

It appears someone lived in the cramped crawl space on the Highway 160 flyover.

Incident Info: At 7:30 a.m., firefighters responded on Eastbound Highway 160 near Business 80 because of a fire in the overpass. One person had removed an access panel from under the bridge and lived within the lane. Watch as the mattress is removed from the inside. No injuries. pic.twitter.com/lbRhpn6GUa

Photos released by the Sacramento Fire Department show a twin-size mattress and other items removed from the crawl space. When the fire brigade arrived on Sunday morning and put out the flames, there was no one in the room.

Notes from the Enemy: San Francisco 49ers on a roll, Los…

Los Angeles man exposes himself on train, passenger who…

“One person had removed an access panel under the bridge and was living within the lane,” said the firefighters.

The access door is intended for maintenance personnel. The plaque is at the top of an embankment under the bridge near downtown Sacramento.

It wasn’t immediately clear how long the person lived there.

A department spokesman told the Times that a major fire could seriously damage the bridge.

Michelin stars return to California. Here are this year’s winners

Notes from the Enemy: San Francisco 49ers on a roll, Los Angeles Rams shut down…

Los Angeles man exposes himself on train, passenger who calls to report it turned…