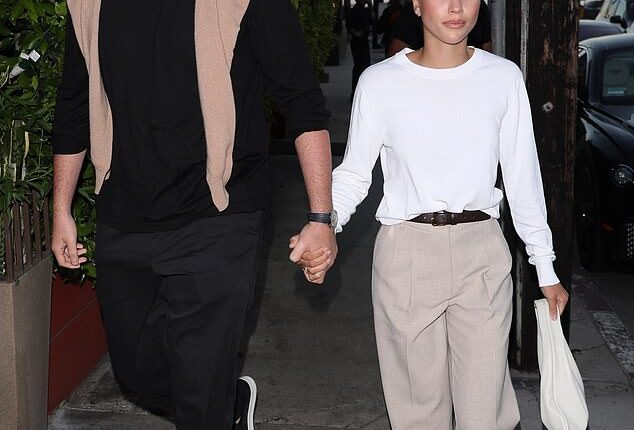 Sofia Richie and her husband-to-be, Elliot Grainge, were spotted in Santa Monica for a date night on Thursday.

The couple had a glamorous double date with the 23-year-old model’s older sister and TV personality, Nicole Richie, 40, and her musician husband, Joel Madden, 43.

They all had a scrumptious bite to eat at the famous beachside restaurant Giorgio Baldi.

Stylish couple: Sofia Richie, 23, and her fiancé, Elliot Grainge, 28, were spotted in Santa Monica on a date night at Giorgio Baldi on Thursday

Sofia kept her look very chic and casual, wearing a plain white sweater that ensured she stayed warm throughout the chilly evening.

She added a pair of tan pants that she cuffed at her ankles to show off her white loafers.

The beauty had a dark brown belt tied around her waist to add a fashionable edge to the look, and had her hair parted in the middle and pulled into a tight updo.

She completed her outfit with a white hand bag that she carried in her left hand. 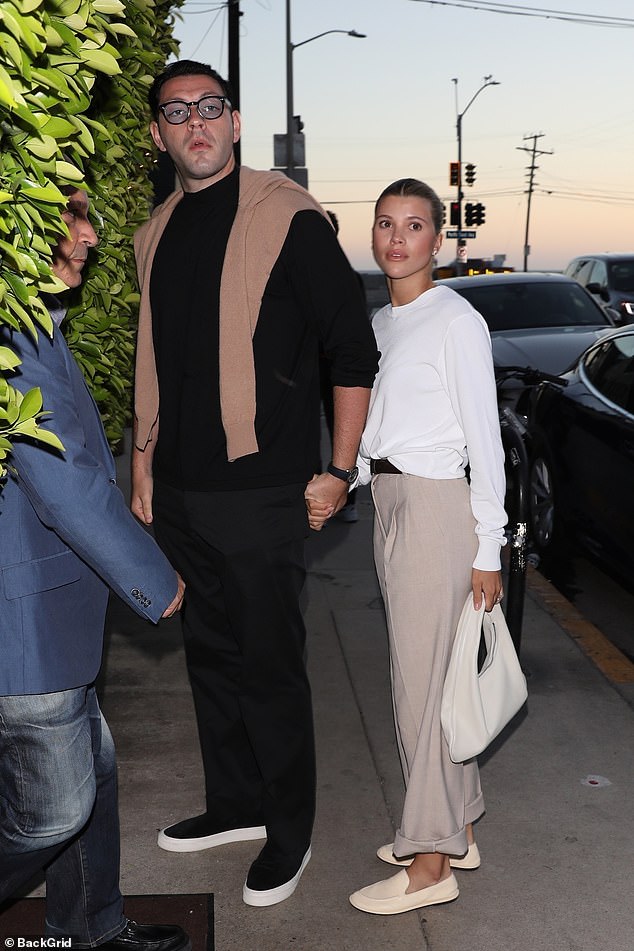 Elliot, 28, also sported a casual outfit for the weeknight dinner outing. He wore a black long-sleeved shirt with a brown sweater tied to drape down his back in case the night became too cold.

The record label owner paired the top with a pair of simple black pants and donned black shoes with a white sole.

His dark hair was slicked back into a classic hairstyle for the fancy evening, as he held his fiancée’s hand. 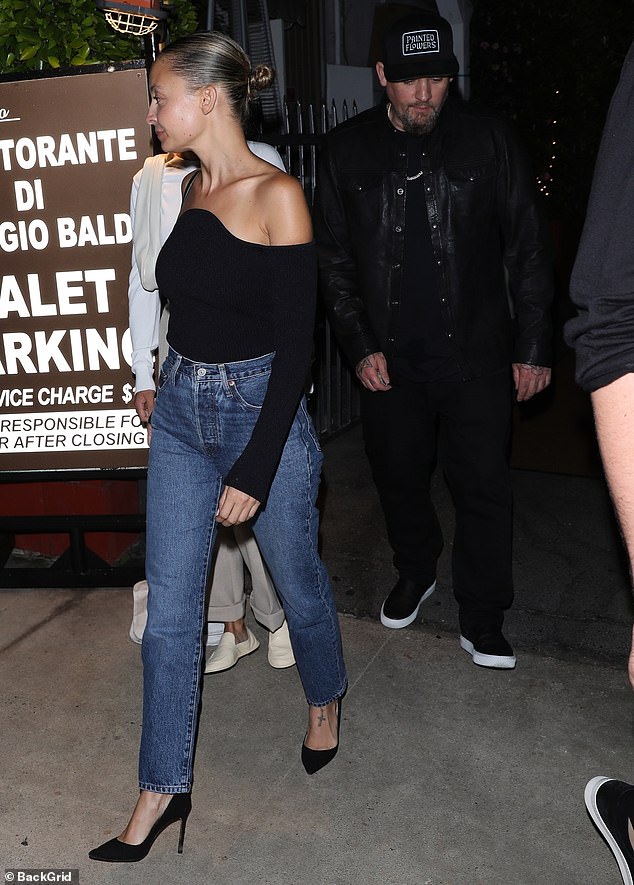 Classy: Nicole Richie, 40, and husband, Joel Madden, 43, joined her sister for a nice and quiet dinner together 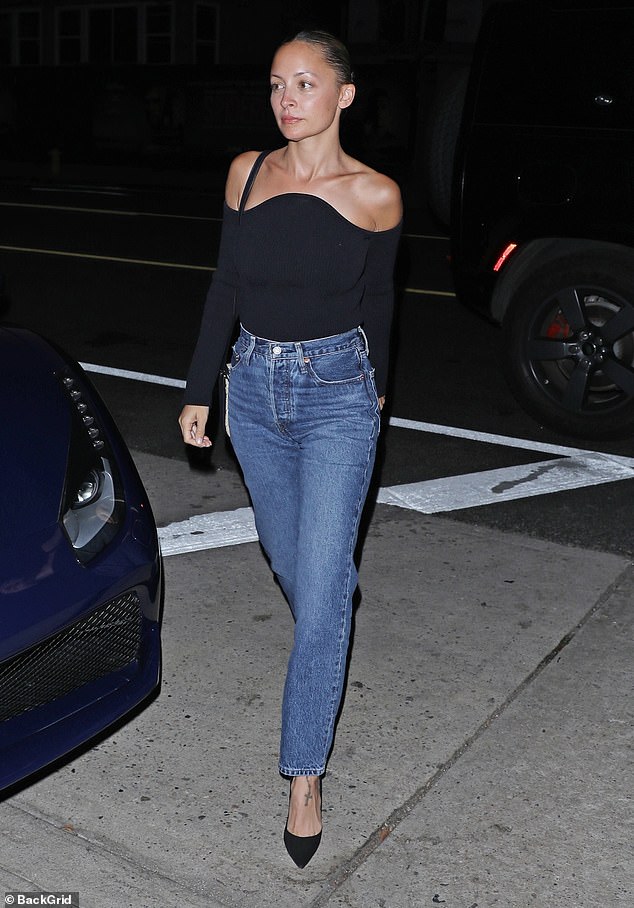 She paired the top with a pair of classic blue jeans and simple black heels to complete her outfit.

Similar to her sister, the TV star had pulled her hair back into a slick bun to keep her hair out of her eyes.

Joel, lead vocalist for the band Good Charlotte, wore all black, including his pants, shirt, and jacket. He wore a black cap with the words Painted Flowers printed on the front. 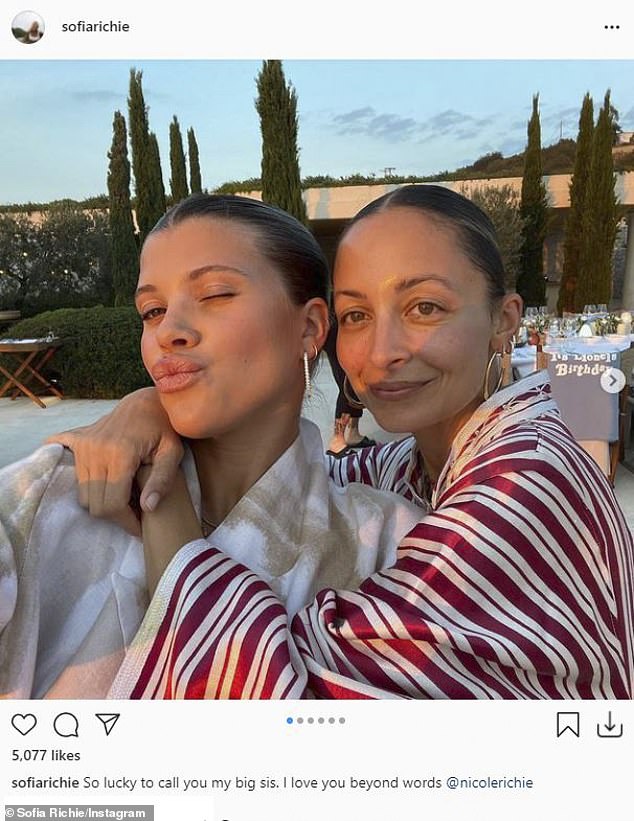 Loving sisters: The two sisters have a big age gap, but still remain very close and have a great relationship 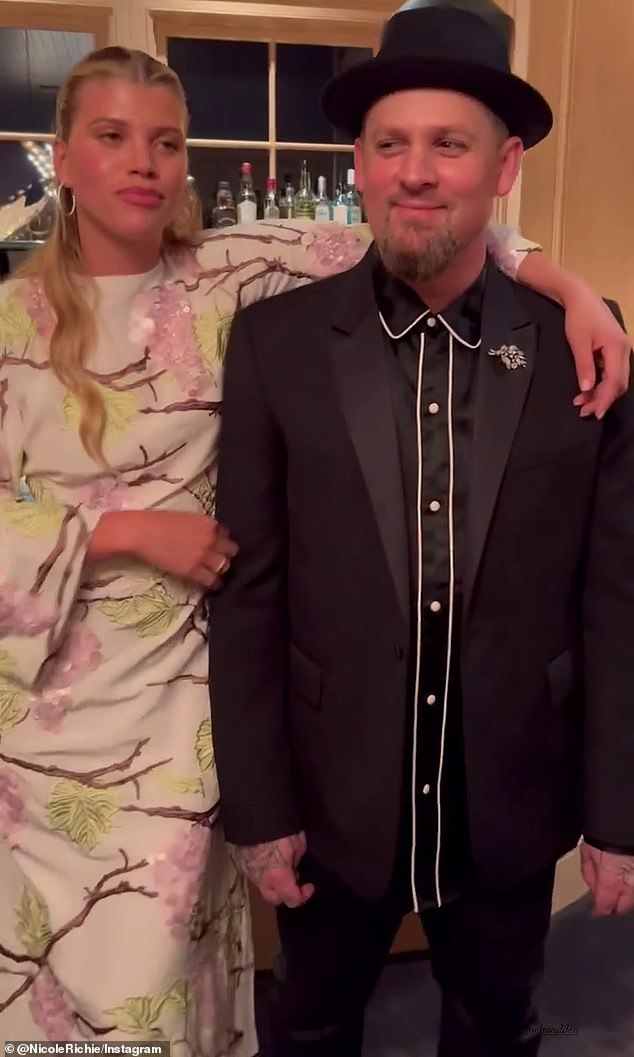 Cute! Nicole shared an adorable photo on her Instagram of her husband, Joel, and Sofia posing for a pic together

Despite the sisters having a 17-year age gap, the two appear to still have a very close bond and relationship.

Besides enjoying dinner dates and special outings, Nicole is also one of Sofia’s biggest supporters.

The Simple Life star attended Sofia and Elliot’s engagement party and showed how happy she was for the couple. 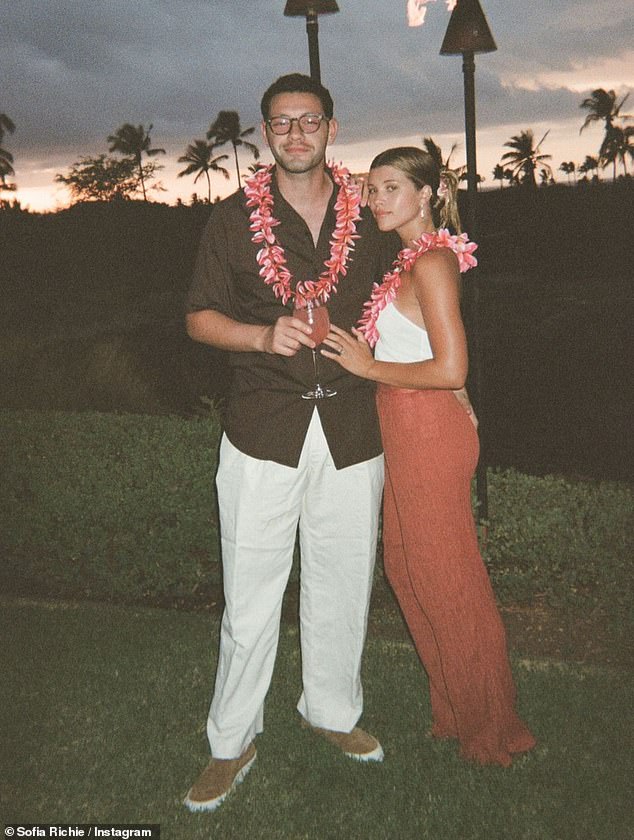 Soon to be married: The couple recently became engaged in April of this year and seem happier than ever

Sofia and Elliot’s relationship became publicly official last year in 2021, with the two becoming engaged in April of this year.

Her fiance currently works in the music industry and owns a record label called, 10K Projects. He takes after his father’s passion for music, Lucian Grainge, who is the chairman and CEO of Universal Music Group.

The model was in a previous relationship with Keeping Up With The Kardashian’s star, Scott Disick, 39, which ended in 2020. 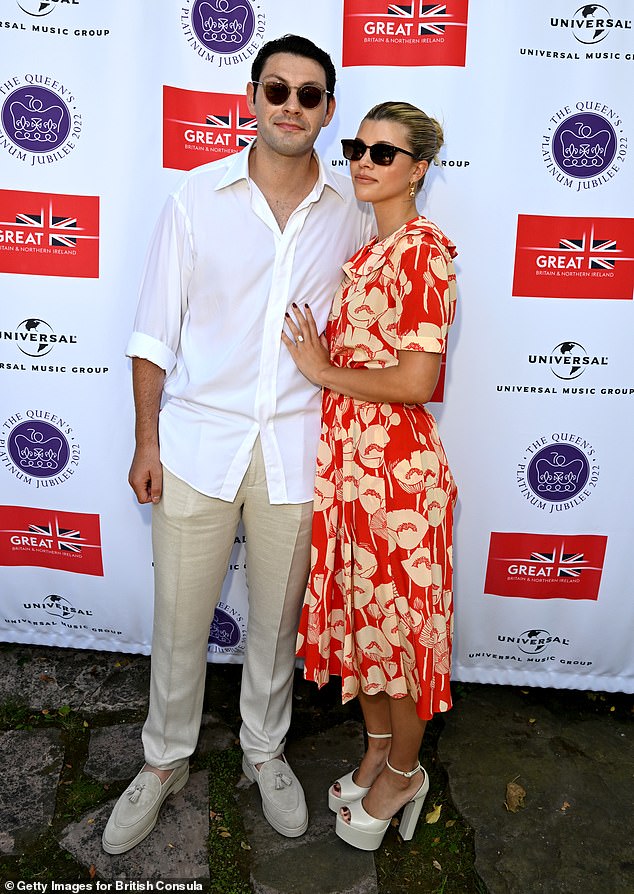