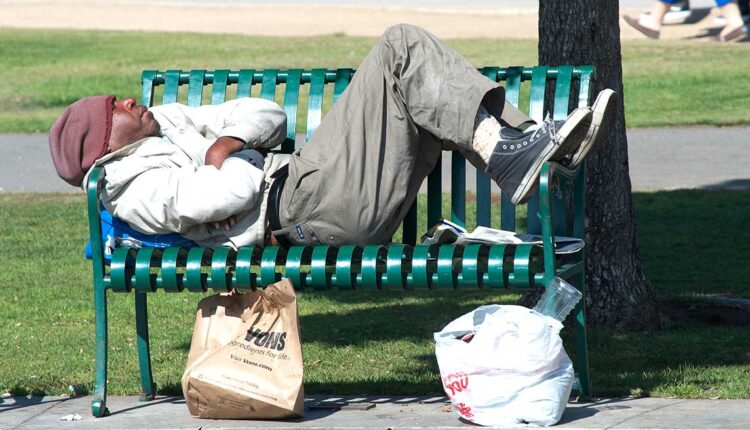 After the intensification of homeless interventions on the Venice Boardwalk, more and more tents have been erected on the adjacent beaches of Santa Monica.

Both the Santa Monica Police Department and local service providers are aware of the shift and have redoubled their efforts in the area.

On June 27, Los Angeles City Councilor Mike Bonin launched the Venice Beach Encampment to Home program with a promise to connect nearly 200 people to homes and bring the Boardwalk back to the public. Two weeks earlier, Sheriff Alex Villanueva began independent homeless interventions on the Promenade with the publicly announced goal of clearing the area by July 4th.

These two dates are consistent with the rise in homelessness on local beaches, as documented by the SMPD’s Homeless Liaison Program officials who regularly patrol the beach. At the first contact, HLP officers conduct an interview to advise people about the laws against camping on the beach and to offer them resources. At the second contact, HLP officers can issue summons for offenses.

From June 22-27, prior to the start of Bonin’s program, HLP officials issued three quotes and conducted four interviews on the beaches of Santa Monica.

However, from July 5-8, after the sheriff’s deadline and Bonin’s program started, HLP officers issued nine quotes and conducted 21 interviews in the same area.

“Early last week (the week of June 28) we began to see an increase in tents in the southern beach areas on the border,” said SMPD Lieutenant Rudy Flores. “We have increased the number of officers working on the beach. We will continue to monitor activities in the region and make the necessary changes if necessary. “

Flores expressed confidence that the HLP teams were well equipped to handle the influx of people who mainly camp on the southern end of the beach. This is due to both the city’s ability to enforce regulations and its network of service partners including West Coast Care and The People’s Concern.

From the point of view of Zachary Coil, director of Westside Outreach at the People’s Concern Mental Health Department, the onslaught of homeless people in Santa Monica is more of a trickle than a flood.

“We see a few people seemingly crossing the border, but most of them stay on the Venetian side of the sand,” said Coil. “They know better than any of us what they can and cannot do in each area. Santa Monica has city regulations that can be enforced, so I believe this will reduce the flow of people. “

Unlike Venice, which is in the city of LA, Santa Monica has adequate protective beds to legally enforce regulations against public camping and the setting up of tents on the beach. These municipal regulations lead to penalties for misdemeanors that, in the absence of repeated violations or previous criminal offenses, do not result in arrest, but may deter camp growth.

The People’s Concern, through its C3 team, leads five days a week outreach on Santa Monica Beach, one of the city council’s homelessness initiatives. Coil said he expected uninhabited people to come to Santa Monica beaches in response to ongoing initiatives to clean up the boardwalk.

“With the extensive publicity that is being done, there will be some people who will avoid the area and disappear from the area just to avoid verification or because they have no interest or feel they don’t want to be there Said Coil.

Both The People’s Concern and SMPD are keeping an eye on the area and will continue their respective education and enforcement efforts.

“It’s not as big a problem as we expected and we are ready to tackle whatever comes our way with our other partners in the city,” said Coil. “The energy of both sides of the equation (law enforcement and service providers) is focused on this area and we will do our best not only to maintain the status quo but to improve the situation as it is.”