SMPD adapts to the recommendations of the insurrection report 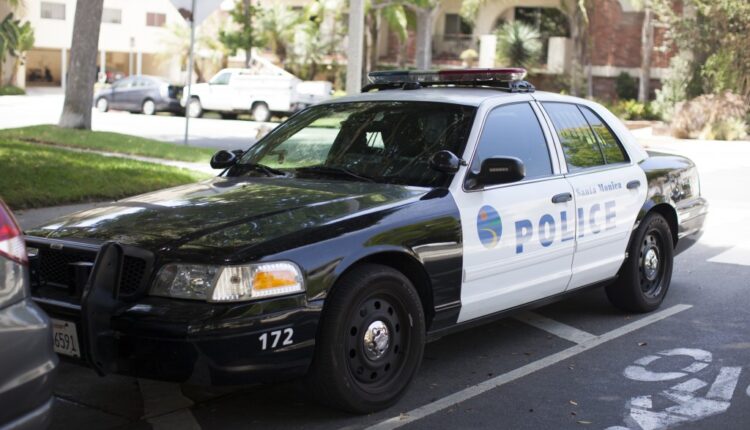 The Santa Monica Police Department takes responsibility for the poor initial reaction to the events of Jan.

Seabrooks attended a virtual community meeting this week that refined and expanded the department’s response to an official report detailing the city’s failures in response to last year’s protests and riots.

The Office of Independent Review (OIR) report contained 44 recommendations for the SMPD, focusing mainly on transparency, leadership, communication, operational and process issues, use of force, policy review and updating, and training.

The 19-page response from the SMPD included a plan to implement the recommendations that focused on leadership planning, the use of violence and the psychological well-being of SMPD officials. Of these 44 recommendations, 35 have already been implemented, according to the report, and most of the others are in progress.

Seabrooks stated that despite some objections to the methodology, the department generally accepts the OIR report and is working to address its recommendations.

“We want to convey to the community that we understand that our first reaction these wee hours of the morning did not instill confidence in this organization, and I want to assure you – as an interim boss, as your former boss, and as a person who has been most of my adult life spent in this city – that’s what we learned from it, ”she said.

Seabrooks noted that it was important to share these lessons with the community in order to restore confidence in the police force.

The OIR report highlighted high turnover and lack of managerial positions within the department, and Seabrooks said while SMPD has typically seen a slight increase in turnover with new managers, even those new to senior positions are still working in the Department for a considerable amount of time.

“What I am trying to bring up is the misnomer that these people are out of employment,” Seabrooks said. “You have all been here for over 20 years. Perhaps now they were new to their new role. And I think that’s worth mentioning, but at the end of the day they are seasoned members of the police organization in a variety of different police disciplines. “

However, executive competence was undermined by an unusual decision by the police chief at the time to send executives into the field, Seabrooks said. The decision kept senior officers busy with problems in the field rather than having them work alongside the boss to provide context and insight.

“Although it is a very unusual decision, the two captains did what one would expect from captains instructed by the police chief, namely to carry out a lawful order, even if it is flawed, in order to promote the safety of the community”, they Seabrooks.

SMPD has also improved operational planning, especially in advance of potential crowd control situations. Seabrooks said pre-accident operational planning involves gathering information that can be in the form of a notice or even a social media post, reviewing that knowledge and turning it into a planned course of action.

“We have streamlined the secret service function, and by tightening the secret service function we have also strengthened existing reporting processes and procedures,” she said. “It took us a look at how far down in the organization we do this type of planning, how far down in the organization we need training for our employees, and we are consistently training on this particular topic.”

Several senior officers including Sgt. Gerardo Leyva, President of the Santa Monica Police Officers Association, and Lt. Rudy Flores said they shared the community’s emotional response to the uprising. They said that as individual officers, they were struggling to deal with the extent of the emergency.

“There were numerous 10-3 Code 3’s that day and many officers felt abandoned,” said. Leywa. “Nobody could respond to their 10-3 Code 3 because everyone out there was dealing with their own 10-3 Code 3. It was a complete mess with every officer that was out there. And so we now find that many of them have to do with this trauma: They let someone down and then they were let down. “

Flores also noted the atmosphere of regret and disappointment in the department after the events of May 31, as well as the fear of it. He highlighted the strength of the relationship between the Santa Monica Community and departmental officials.

He went on to refer to the department’s shock and horror over the murder of George Floyd.

“I remember in briefings or other meetings we would say, ‘I can’t believe this happened. That would never happen here in Santa Monica, ‘”said Flores. “And then things changed. We didn’t feel like we were part of a community. We were painted with this wide brush. It was like: you, us. And then of course there was civil unrest here in our city and that definitely didn’t help. “

Flores said most of the problems in the department’s handling of events were due to high-level decisions that forced officials to keep catching up. He praised the officers for their dedication and for rushing to work despite these difficulties.

With the additional findings of the OIR report, the department has now taken a closer look at these difficulties and has started to work on improvements.

“I think the message I want to bring to our community today,” said Seabrooks, is one of reconciliation, one of healing as we begin to move away from the events of last year and toward our future . “

Escape the summer heat with a Coffee Tonic Cocktail