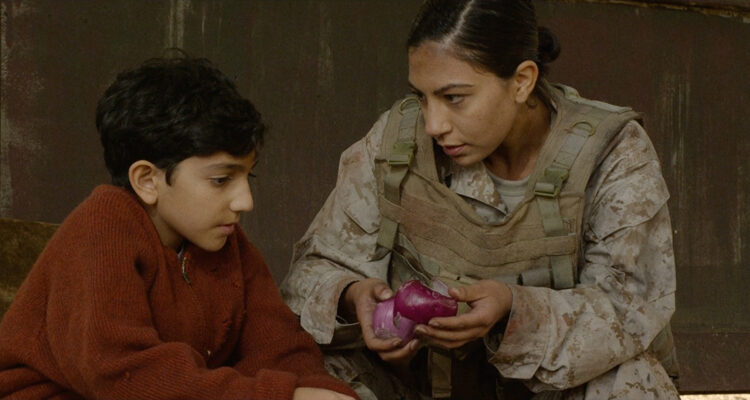 “Broken Layers” – a short film, written and directed by film student Niccolo Rolim from Santa Monica College (SMC) – was named “Best Student Film” at The 24th American Pavilion Emerging Student Showcase during the 2021 Cannes Film Festival. “Broken Layers” was the sixth entry in the widely acclaimed SMC Film Program in the American Pavilion in Cannes; it is also SMC’s first win in Cannes.

The award was announced at the end of the virtual showcase from November 14th to 16th, 2021. Finalist films that were not shown in person in 2020 and 2021 will be shown at the next live showcase in Cannes, currently planned for May 2022. Both “Broken Layers” and “The Attempt” – another SMC film that was a finalist last year was – will be at the next personal American Pavilion Emerging Filmmaker Showcase during the Cannes Film Festival from May 17th to 28th, 2022 (current Covid -19 pandemic restrictions allow).

SMC was the only community college and one of seven US film schools to feature in this category of the showcase; the other student films were from USC (including a film by SMC alum Kevin Maxwell), Florida State University, George Washington University, NY Film Academy, and the School of Visual Arts.

The sixth SMC student film to be shown in the American Pavilion, “Broken Layers”, is a humanistic portrayal of the Iraq war and its aftermath, as experienced by Rosa, a half-Latina, half-Arab US Navy. The SMC student, writer and director Niccolo Rolim said he got his inspiration “from the struggle of friends and family to establish a cultural identity as immigrants” and from the “feeling of otherness” he felt as a first generation American felt. Rolim also stated that he was fascinated by those who “expressed patriotism for their adopted country through military service”.

“I am deeply honored to hear that Broken Layers has received such an important award – I am delighted to know that the tremendous efforts of everyone involved in the production of the film will be meaningfully rewarded,” said Niccolo Rolim. “When we start pursuing other projects, this success will serve as a reminder to keep doing our best work.”

“I was hired to help shape the film production program at SMC. Since its inception in 2015, we’ve included six films as official selections in the Emerging Filmmaker Showcase, which is an achievement in itself, but this is the first time that one of them, ‘Broken Layers’, has won this prestigious award “Said Salvador Carrasco, director of the film production faculty at SMC. “The great thing about external recognition is that it validates our students’ work in a fair and objective way. I wholeheartedly believe in the films we make because they have something meaningful to say about the complex world we live in, and because of the variety and richness of our students’ life experiences, their artistic voices come out believable, powerful and sustainable way. “Broken Layers” is the typical example of this trend; I couldn’t be more proud of this achievement. “

“Broken Layers is both a very compelling story and a haunting meditation on the aftermath of the war,” added Salvador Carrasco, who was also the film’s executive producer. “It’s also a powerful artistic testimony that combines the nuanced performance of Rawan Hage as Rosa, the stylized yet realistic graphics of Milana Burdette and her camera team, and the unforgettable soundtrack from Mixtape Quartet. This type of film makes us proud of what we have achieved in the few years that the SMC Film Production Program has been in existence. “

The other SMC short films that were shown in competition at the Emerging Filmmaker Showcase in Cannes were “Solidarity” (Direction: Dustin Brown), “Cora” (Direction: Kevin Maxwell), “Spaghetti Romance” (Direction: Carrie Finn, in Co- production with CinemadaMare), “Life in Color” (director: Bishal Dutta, in coproduction with Bridge the Divide Media) and “The Attempt” (director: Daniel Despart).

SMC offers an Associate of Science degree and a Certificate of Achievement in Film Production. To learn more, visit smc.edu/filmproduction or email [email protected] The film program – and the resulting films – can be seen on YouTube as the “Santa Monica College Film Program” channel.