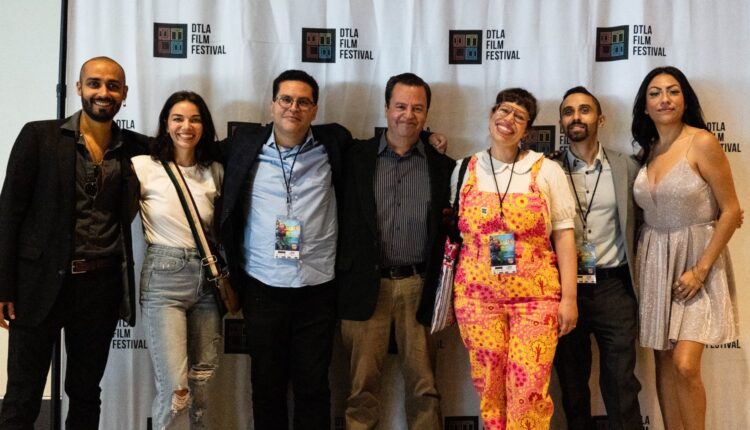 Directed and written by SMC Alum Frank Valesquez, “Borders” is a 16-minute drama that combines art and war as it intimately touches on war veterans, Mexican lynching and the hardships that immigrants and people of color in America face. The short film stars actor Daniel Mora, known for his role in the Oscar-winning Disney film “Coco” and Oscar-nominated film, “Please Hold”.

Valesquez came up with “Borders” after hearing a story from his friend; a former veteran and social worker, about a veteran who was creating art out of trash due to a lack of resources. The script spoke volumes, as it won the Mexican American Cultural Education Foundation’s $10,000 Film Grant and allowed Valesquez to launch into the filming of “Borders”.

“The frustration of being a person of color and feeling like you had no right to America and feel like it’s home even though you’re born here. From that I met a lot of veterans of color who were even more critical of the military,” the director said, adding that hearing those experiences “hit home a little differently.”

“Azizam” was the last of the three films showcased in the Short Series Part 1 screening. The film was written and directed by SMC Alum Alci Rengifo, with cinematography by SMC cinematography instructor Vishal Solanki as well as a majority of the film crew consisting of SMC Film students.

The short drama depicts a tale of class divisions and forbidden love set along the golden beaches of Iran in 1971. Being half-Salvadorian and half-Colombian, Rengifo drew on the experiences his mother had when she first moved from El Salvador to Texas as the country erupted in civil wars during the late ’70s. Rengifo’s mother attended an art school and befriended Iranian students who supported the social revolution. There was an immediate connection while exchanging stories about the social and political clashes that swept both their countries.

“They all bonded through this similar experience where they were from different countries but had to leave their homes for similar reasons. Those stories have just always stayed with me,” Rengifo said.

“As you see in the film, class tensions, the need to find your own path when you’re young, independence, history, and war—these are things that affect every quarter of the world,” Rengifo said.

“What I really hope the film does, is that when Iranians or Persians watch it they see how respectfully we immersed ourselves in their history,” adding that he would also like someone who’s not Persian to be able to connect to the film as there are certain elements of humanity that are universal experiences.