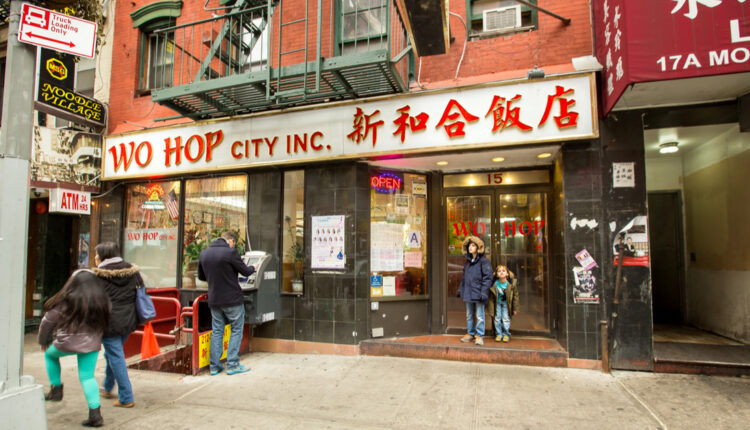 Fine dining and chains have their place in the restaurant world, but it’s hard to beat a good meal from a local restaurant whether you’re in a big city or a small town.

The James Beard Foundation, which honors the best dining experiences in the country, has singled out six local restaurants for its 2022 designation as America’s Classics.

“The America’s Classics Award is given to locally owned restaurants that have timeless appeal and are beloved regionally for quality food that reflects the character of its community,” the Foundation said.

The six honorees this year run the gambit from big cities to southern diners. They join more than 100 other restaurants that have earned the distinction since the James Beard Foundation created the award in 1998.

This year’s winners include:

Established in 1947 in the heart of Atlanta, the Busy Bee Cafe has been dishing up southern food and serving as a community gathering spot for 75 years. Its comfort foods of smothered pork chops, oxtails, catfish, collards, macaroni and cheese, and cornbread have been served to celebrities, neighborhood regulars, and even Dr. Martin Luther King Jr. Owner Tracy Gates’ biggest fear is running out of the Cabot extra-sharp cheddar she uses in the mac and cheese. “That has to be right,” she told the Atlanta Journal Constitution. “You can’t mess that up.”

Opened in 1956 as an opportunity to bring authentic Mexican food to the San Fernando Valley, Casa Vega has remained in family hands for 66 years. Founder Rafael Vega modeled it after Cafe Caliente, a restaurant his parents opened in the 1930s on Los Angeles’s famed Olvera Street. “The secret to the restaurant is consistency,” Christina Vega told the Hollywood Reporter. “We respect our recipes because they’re all our family’s comfort food recipes, so those don’t change. I will add things to the menu to make it more relevant, but we don’t subtract.” Casa Vega may look familiar to anyone who has seen Quentin Tarantino’s Once Upon a Time in Hollywood.

Corinne Bradley-Powers has been serving up soul food at Corinne’s Place in the heart of Camden since 1989. Whether it’s Cajun turkey wings, greens, cornbread, or sweet potatoes, critics say Bradley-Powers is actually feeding her customers’ souls. “Being in Camden all my life and just taking a risk by faith, got in the business, and it was favor by God that I’ve been in business that long and had favor of people coming from all over, in spite of what they heard about Camden,” she told the Cherry Hills Courier Post. During the pandemic, she put up a tent in a vacant lot next door to continue serving the community.

In 1952 at the age of just 21, Florence Jones Kemp opened Florence’s Restaurant, and it’s still thriving 70 years later. Florence is still working there today, although her daughter Victoria is running operations and serving up what they call home-cooked meals like yam-fried chicken and fried pork ribs. “People always say that it reminds them of home. It reminds them of their grandmother’s food because every single thing we make is fresh just like my grandparents made on the farm,” Victoria told KWTV News 9. Florence’s is the first Oklahoma restaurant to make the James Beard list.

You’d better like butter if you venture into Solly’s Grille, which boasts using 130 to 150 pounds of it every week. And why not? The restaurant has been serving butter burgers for 86 years. Opened by Kenneth “Solly” Salmon in 1936 as a coffee shop, the still family-owned restaurant is a throwback with its burgers, fries, onion rings, cod, cherry pies, and malts served in a steel can. “People come from all over the world. I’m talking Japan, I’m talking China and Australia, and we’ve got people from all over the United States who have seen us on the internet,” owner Glenn Fieber told the Milwaukee Journal Sentinel.

Opened in a basement in Chinatown in 1938, Wo-Hop is now in its third generation of ownership. Ming Huang describes his food as “old-fashioned chop suey-style food” that customers like and is rarely found in Chinatown. “This restaurant has a long history. People have been coming here for 50 or 60 years and they bring their kids here,” Huang told the New York Business Journal. It’s also popular with tourists and almost always open — 21 hours daily, closed only from 7 am to 10 am

For more great restaurant experiences around the country, check out these stories: