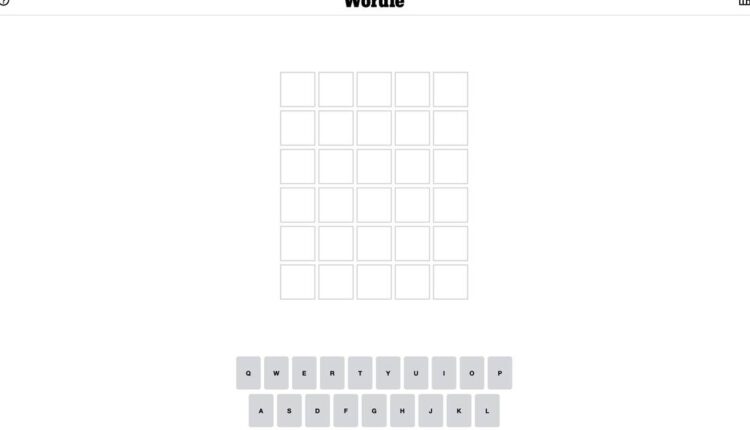 Wordle, the daily five-letter guessing game, has taken the world by storm. People everywhere have been raving and sharing their love for the game, but some are skeptical after its recent acquisition by the New York Times. We ventured out to ask the USC community one question: what do you think about Wordle?

Every day at midnight, the new daily Wordle drops and users rush to figure it out. Six guesses, five letters, one word — and a whole lot of fun.

NATHAN QUEZADA: I play it, like as soon as I notice it’s midnight.

SAVANNAH MARTIN: All my friends and I will send it in like, a group chat every morning.

TOLOU SHAMS: When I wake up in the morning, I try and do it.

Software engineer Josh Wardle introduced the world to Wordle in October, but it took a little bit to pick up steam. In November, just 90 people played.

But once the Internet started buzzing about Wordle, users everywhere were curious to see what the hype was all about. Marc Tracy, a media reporter for the New York Times, was one of these users.

MARC TRACY: This is what it is and this is the phenomenon. I visited it and was immediately hooked.

It’s been a quick rise for Wordle. Last month, The Times bought the game and, last week, it was moved onto its website. But some Wordle users are concerned that this move will take the fun out of the game. Economics major Jimmy Jay Chassi shares these worries.

JIMMY JAY CHASSI: It won’t be the same. Nobody, I don’t think people will use it. I mean, especially if they keep it at one like one, like one word a day. I can see them putting like, an ad-block and you having to get a subscription with the New York Times. So yeah, I mean, I think if they do add like, a paid monetized feature to it, less people will use it.

So far, the Times has not announced that the company will monetize the game. Tracy sees both sides of the coin.

TRACY: If you put it behind the paywall, then it’s enough of a daily habit for them that they’ll buy the subscription. And then you have another subscriber and isn’t that great? Or rather, do we want Wordle to be free, you know, bringing people to the site who are not subscribers?

The Times wants people to visit its homepage many times a day. But Wordle could provide a workaround, Tracy says.

TRACY: If there’s a site that has X number of people visiting it exactly once a day in today’s internet, that’s incredibly successful. That’s like unimaginably successful, almost.

What tomorrow holds for Wordle is uncertain, but one thing is for sure. Today, all users have to focus on is guessing the right word.

For some, Wordle is much more simple. And it can be a bonding experience.

Just ask assistant professor linguistics Zuzanna Fuchs. She narrows the word down using vowels and her knowledge of phonotactics, but then makes sure to share her results.

ZUZANNA FUCHS: I play it every evening with my partner and we enjoy it. And then I usually send my results to at least two other friends who have also been playing regularly.

It’s the same for Tracy.

TRACY: I play Wordle every day and then text my mom. Like, you know, the the grid…

Wordle has even won over the skeptics, like USC student Kaitlin Quain.

KAITLIN QUAIN: When my roommate first told me about it, I was like, I will not be playing Wordle with you, but now I’m addicted to it, so…

Kaitlin, trust us… you are not alone. So if you’re listening to this, pull out your phone or laptop and see if you can figure out today’s word. Maybe even if you can guess it before your friends.