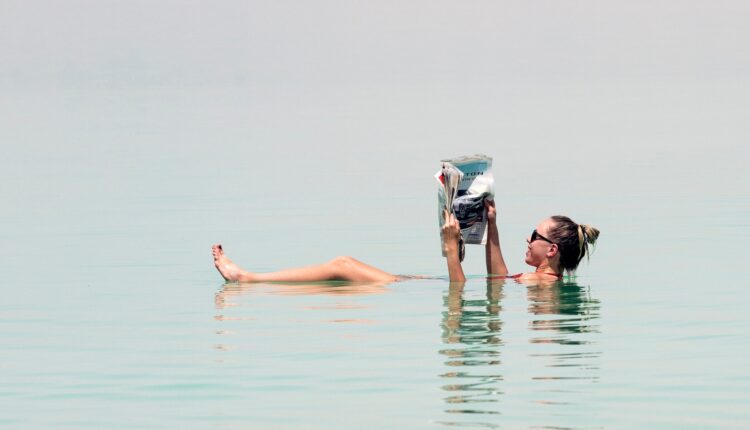 Following an advocacy campaign by national Jewish and pro-Israel organizations, the Oakland-based Sierra Club has reversed its recent decision to cancel trips to Israel.

“Recently, the Sierra Club hastily made a decision, without consulting a robust set of stakeholders, to postpone two planned outings to Israel,” a statement from executive director Dan Chu, released Tuesday afternoon, said. “The process that led to this was done in ways that created confusion, anger, and frustration.

“Let me be clear: the Sierra Club’s mission is to enjoy, explore and protect the planet,” it went on, “and we do not take positions on foreign policy matters that are beyond that scope.

“For nearly a decade now, Israel is one of the countries we’ve offered outings to,” it continued. “As such, we intend to update our schedule soon to offer new outings to Israel later this year. We are committed to working with stakeholders to ensure these trips are crafted in a way that better reflects the range of diversity in the region.”

The announcement followed a concerted advocacy campaign from Jewish and pro-Israel organizations, that included an outpouring of public statements, open letters and a virtual meeting with Sierra Club leadership.

J. broke the Friday news of Sierra Club’s decision to cancel trips to Israel, which include tours of the country’s ancient ruins, natural landscapes and bird populations.

The JCRC in Silicon Valley also attended the Monday meeting, as did the Jewish environmental group Hazon, state Sen. Scott Wiener of San Francisco and Assemblymember Jesse Gabriel of the San Fernando Valley, the chair and vice chair of California’s Legislative Jewish Caucus.

Days of dueling statements, social media posts and open letters from interest groups followed the Friday report. While Jewish pro-Israel groups excoriated the decision to cancel, pro-Palestinian and anti-Zionist organizations celebrated it as a major win in their efforts to protest the Jewish state.

Among the Jewish organizations pressing Sierra Club to reverse course were the Anti-Defamation League, the American Jewish Committee, JCRC and others, who criticized the historic American nonprofit sharply, saying it had wrongly embraced the controversial boycott, divestment and sanctions movement, had acquiesced to groups that demonize Israel unfairly, or had caved to interest groups that pose an obstacle to peace by rejecting Israel’s existence.

The Palestinian Adalah Campaign for the Boycott of Israel, Jewish Voice for Peace, the NDN Collective, the Movement for Black Lives and at least three other groups were behind the effort to urge Sierra Club leadership to cancel the Israel tours, charging that the trips ” erase the existence of the Palestinian people and Israel’s systemic racism,” provide legitimacy to Israel and tacitly overlook environmental crimes committed against Palestinians, such as redirecting water to Israeli settlements in the West Bank.

The trips “greenwash Israel’s system of apartheid,” the groups wrote in a Feb. 22 letter to Chu and Sierra Club’s board of directors, and “make a mockery of the Sierra Club’s stated commitment” to grow the environmental movement “so that oppressed communities will find justice.”

Internally, the organization was divided on whether to cancel the trips — historically Sierra Club has not “restrict[ed] our trips due to regional conflicts or politics,” according to an email from Mary Owens, a volunteer chair of the outings committee. Ultimately the leadership decided to do so, while Owens and the outings committee, which oversees national and international tours, were “very disappointed with the decision,” Owens wrote.

After the Sierra Club’s decision came to light, Jewish and pro-Israel groups worked quickly to mobilize a response that included public statements and Monday’s meeting.

ADL executive director Jonathan Greenblatt shared his concern in an open letter to Chu that the organization was making concessions to groups that try to “shut down any form of engagement or interaction with Israel or Israelis.”

These groups, Greenblatt wrote, “present a biased and simplistic approach to the complex Israeli-Palestinian conflict, positioning this dispute over territorial and nationalist claims as the fault of only one party — Israel — while ignoring other actors and dynamics.

“Experiencing Israel through its environment, geology, history and people does not negate, nor ‘greenwash,’ the pressing reality of the Israeli-Palestinian conflict,” Greenblatt added.

“No other country has been singled out,” Gregory wrote in an email to the JCRC community, arguing that claims of “greenwashing” played into anti-Semitic tropes. “An autumn trip to China, for example, is proceeding.”

Meanwhile, pro-Palestinian and anti-Zionist organizations issued statements praising what appeared to be a successful campaign to hold Israel accountable for what they consider to be crimes committed against Palestinians.

In a press release Tuesday morning, Jewish Voice for Peace called the decision by the Sierra Club to cancel the trips a “positive step forward for environmental justice and Palestinian freedom.”

“For decades, Palestinians have invited all people of conscience to join them in ending the daily nightmare of living under Israeli apartheid and the violent theft and colonization of Palestinian lands,” JVP senior organizer Elena Stein said via a statement. “This urgent and righteous call for a boycott echoes the South African anti-apartheid movement’s call to visitors: to do no harm to their struggle for basic rights under international law.”

“The fight for environmental justice has no borders,” said Ahmad Abuznaid, executive director of the US Campaign for Palestinian Rights. “We must oppose colonization, militarism, land theft, and environmental destruction everywhere.”

The 7 Most Anticipated Spring 2022 Openings in Los Angeles