Shepard Fairey’s work to be flown until Super Bowl Sunday 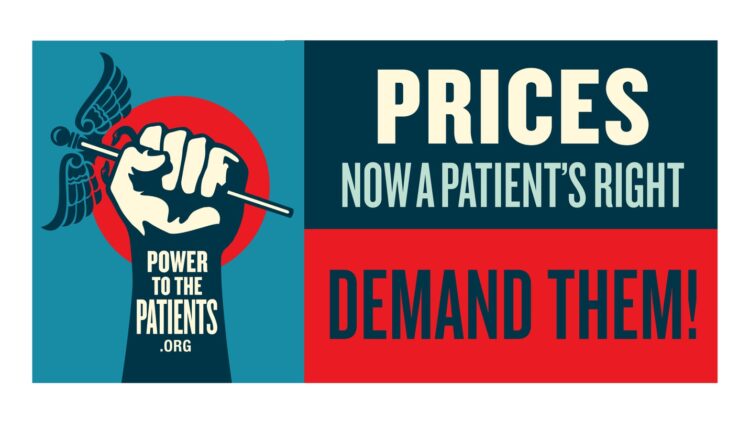 The famous Obama “HOPE” portrait may be at the National Portrait Gallery in Washington DC, but Angelenos can see the work by the same artist this week simply by looking at the skies.

Through Super Bowl Sunday, banners with Shepard Fairey’s artwork will be flown from Downtown LA to Santa Monica a few hours a day. The renowned artist is using his talent for one cause: Educating Americans that it is their right to know the price of health care before receiving it.

The poster, created for an activist organization called “Power to the Patients,” features a fist holding a medical symbol to remind.

Video courtesy of Power to the Patients.

Although the federal rule took effect more than a year ago, requiring medical institutions to be transparent about the costs of medical services upfront, some hospitals continue to exploit patients who may be in the dark, according to Kevin Morra, one of the creators of ” Power to the Patients.”

“The large majority of hospitals across the country continue to put profits over patients and continue to conceal these prices,” Morra claims. “[The event] is to empower all of US citizens in this country to demand that these hospitals publish these prices, because it is now in the law.”

While the artist’s most well-known creation is a presidential portrait, Morra says Shepard Fairey is a “social activist” who primarily works with street art.

“He gets behind issues and topics that are personal to him. And he’s always on the side of the people. Creating a movement with his art is contagious, and it can turn an idea into very much a movement — a national movement or international movement. And he creates visuals that that incredibly, incredibly well represent these issues at hand. “

As Fairey put his weight behind the “Power to the Patients” campaign, the decision to transform his artwork into 40-feet-by-80-feet banners during the Super Bowl week was inspired by previous campaigns. Morra says his organization received positive responses after flying similar banners up and down the West Coast as well as on the East Coast, including Virginia and Delaware.

“It’s a very sort of age-old practice, but also one that’s very effective in getting people to recognize the artwork, the campaign and the movement.”

Morra also says while “Power to the Patients” started the movement a year ago, the Super Bowl weekend is a great opportunity to further spread the word.

“This week in America, all eyes are on the Super Bowl, and we didn’t want to miss on that opportunity to be there as well. We wanted to take advantage of the population swell that is happening in Los Angeles and all the fun and exciting events that are happening around town.”

Image courtesy of Power to the Patients.

The banners may be visible at some of LA’s landmarks like the Santa Monica Pier and the Grove between 1 pm and 5 pm through Saturday. Then on Super Bowl Sunday, the organization will fly the banner between 10 am and 2 pm