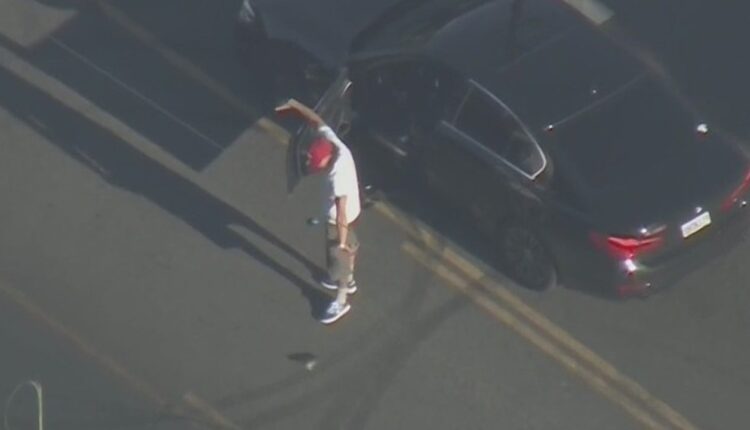 Police Chase: Suspect gets out of car and pegs phone down after being pursued through the San Fernando Valley

A police suspect eventually surrenders to officers after leading them on a long chase through the San Fernando Valley.

THE ANGEL – A driver is in custody after leading police on a chase through the San Fernando Valley.

The chase began in Mission Hills on Friday evening before the suspect led officers to Van Nuys, where the chase finally ended.

At the end of the chase, the suspect was seen holding his cell phone with the front camera on, making it appear that he was either streaming the entire chase live or taking selfies.

The man was taken into custody immediately after nailing the cell phone into the ground.

The alleged driver was initially wanted for assault with a fatal weapon.

Sources: DeAndre Jordan intends to sign with the Los Angeles Lakers after sign-and-trade and buyout