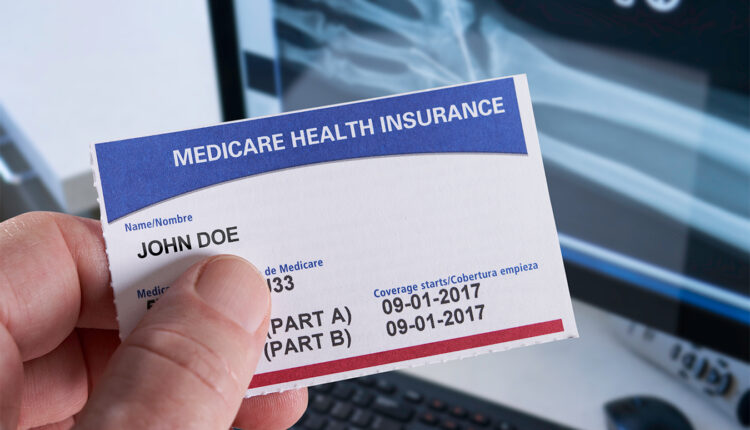 As a parting gesture to a pandemic-ravaged city, former New York Mayor Bill de Blasio hoped to provide the city with a gift that would keep on giving: new health insurance for 250,000 city retirees partly funded by the federal government. Although he promised better benefits and no change in health care providers, he said the city would save $600 million a year.

Over the past decade, an increasing number of employers have taken a similar deal, using the government’s Medicare Advantage program as an alternative to their existing retiree health plan and traditional Medicare coverage. Employers and insurers negotiate behind closed doors to design a private Medicare Advantage plan available only to retirees from that employer. Then, just as it does for private individuals choosing a Medicare Advantage plan, the federal government pays the insurer a set amount for each person in the plan.

Experts say this arrangement often saves the employer money because the federal payment reduces the employer’s share of the cost of coverage. But retirees’ health care may be disrupted if the plan no longer includes their doctors and hospitals or the insurer has new requirements or charges new fees to access benefits.

Scores of private and public employers offer Medicare Advantage plans to their retirees. Yet the details — and the costs to taxpayers — are largely hidden. Because the federal Centers for Medicare & Medicaid Services is not a party to the negotiations among insurers and employers, the agency said it does not have details about how many or which employers are using this strategy or the cost to the government for each retiree group.

Employer-sponsored plans receive billions of dollars in federal payments, but they also get something other Medicare Advantage insurers don’t: automatic exemptions to some requirements that apply to the policies available to individual beneficiaries. Plans can set their own enrollment deadlines, send members information without prior CMS approval for accuracy, and follow weaker requirements for provider networks, among other things.

“There are as many plans as there are stars in the sky because employers and insurers can design their health benefits any way they want to,” said Tatiana Fassieux, a training specialist for California Health Advocates, a consumer group. She switched her health coverage to try a new employer-sponsored Medicare Advantage plan AT&T introduced this year for retirees to see whether it would save her money for better benefits. She qualifies for it because her late husband was an employee of the company.

These group retiree plans are similar to the public Medicare Advantage plans that insurance companies advertise on TV and in the mail. Run by private insurance companies, they must offer the benefits of the government’s traditional Medicare and often add extras like dental and vision coverage. However, they can restrict members to a network of medical providers.

In most of the employer-sponsored retiree plans, the federal government is paying the “overwhelming majority” of medical costs, said Barry Carleton, senior director for health and benefits at Willis Towers Watson, which advises dozens of large companies and state retirement systems. “And in some cases, it pays the entirety of the cost.” Under a separate arrangement for employer-sponsored Part D drug coverage, the federal contribution and manufacturer discounts “can account for a majority of the cost of the pharmacy plan,” he said.

“Employers find Medicare Advantage [plans] appealing because they can drive significant savings,” said Chris Maikels, principal and national retiree solutions leader for Mercer Marketplace, another benefits consulting firm. His clients have saved up to 50% by moving retirees into employer-sponsored Medicare Advantage and drug plans. Under some plans, retirees can go to any Medicare provider, he said, so “there is typically little retiree disruption.”

The number of beneficiaries in employer-sponsored Medicare Advantage plans has soared from about 1.6 million in 2008 to more than 5 million last year, according to CMS. UnitedHealthcare, the nation’s largest health insurance company, has “seen tremendous growth” in the employer-sponsored plans during the past decade, said national vice president Joe Altman. “We’ve had new groups coming on to our group Medicare Advantage [plans] every year,” Altman said. He would not divulge their names.

In a typical employer retiree plan, beneficiaries are often covered by traditional Medicare, which picks up part of their medical costs, and the employer and retiree are responsible for the rest. The government’s payments to Medicare Advantage plans are supposed to be equal to what it would cost if beneficiaries stayed in the government-run Medicare. But it doesn’t always work out that way.

With each Advantage member, the government spends 4% more than it does for someone in the traditional fee-for-service program, according to the Medicare Payment Advisory Commission, which advises Congress. In 2019, CMS paid the plans $7 billion more than the cost of caring for those beneficiaries in traditional Medicare, a study by KFF found. Much of that difference comes when the insurers’ reimbursements are increased by Medicare to account for services for sicker patients that are either not provided or not necessary. A recent investigation by the inspector general for the U.S. Department of Health and Human Services found that the practice resulted in overpayments of $6.7 billion in 2017.

The exemptions to Medicare Advantage rules granted to these retiree plans are intended to make it easy for employers to make the switch. A provision of federal law allows Medicare officials to “waive or modify requirements that hinder” employer-sponsored Advantage plans.

For example, provider network requirements are watered down for the employer plans, which means finding a doctor who participates in the plan may be more difficult for members, explained David Lipschutz, associate director of the Center for Medicare Advocacy.

Details about plan benefits and costs don’t have to be approved by Medicare for accuracy or posted on the insurer’s website, as they do for Medicare Advantage plans sold to the public. Medicare’s plan finder website also omits this information, since employer-sponsored plans are only for retirees from the same company. So retirees must rely on their former employer, their union, or the health insurer for assistance, instead of impartial sources such as the State Health Insurance Assistance Program.

“We know that these employer Medicare Advantage plans receive a great deal of federal subsidies, with the cost paid by CMS and the taxpayers,” Lipschutz said. “But what are the strings attached to this money? And what kind of oversight do these plans get?”

In New York City, some retirees sued to stop the new plan. They claimed they didn’t have essential details, including which doctors and hospitals would accept it. About 47,000 retirees have opted out of the new plan, according to a spokesperson for Mayor Eric Adams.

“We were told that everything that this plan is doing has been approved by Medicare and that they have to follow all the Medicare rules,” said Marianne Pizzitola, a Fire Department retiree and president of the New York City Organization of Public Service Retirees, which filed the lawsuit.

State Supreme Court Justice Lyle Frank has twice delayed implementation of the plan and has ordered city officials to correct mistakes in the enrollment guide, contact medical providers about accepting the new coverage, and take other steps to address retirees’ concerns. City officials have assured the judge they will follow his instructions but declined to provide KHN with details, including how much the federal government is paying for the plan.

If Frank is satisfied, the change can take effect April 1. A decision in the lawsuit is expected this week.

Some New York officials are still skeptical. “I sure hope this plan is better for cheaper,” Eric Dinowitz, a city council member from the Bronx, said during a hearing on the plan. “It sounds like magic,” he quipped sarcastically.

Things to do in the San Fernando Valley, LA area, March 3-10 – Daily News