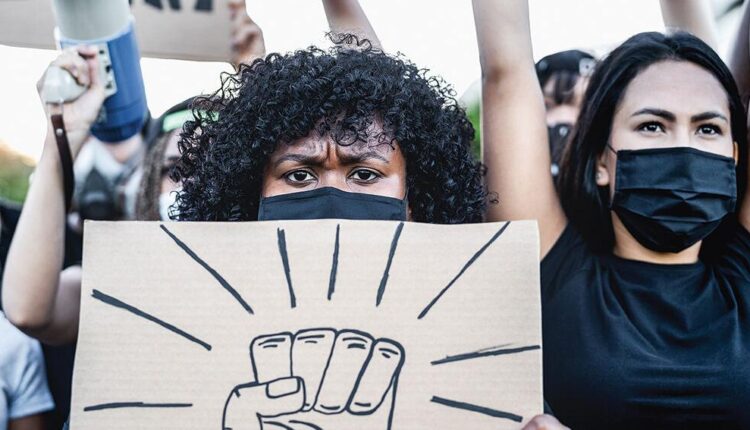 CRJ holds meeting to discuss how Santa Monica can improve in diversity, equity and inclusion

The topic of the April meeting held by The Committee for Racial Justice (CRJ) was “Diversity, Equity and Inclusion-What Does That Look Like?” CRJ holds monthly meetings with different panelists to discuss the issues of race in Santa Monica with relation to education, housing, police brutality and mass incarceration.

Other meeting items included CRJ finding issues with the City of Santa Monica’s Right to Return program, which provided affordable housing to families displaced by the construction of Interstate-10 freeway and destruction of the Belmar Triangle. CRJ also sent the Santa Monica Landmark Commission a letter that disagreed with the landmark status of 1665 Appian Way, as it was previously owned by a figure responsible for racial and religious redlining.

“We hope that this evening will be a robust time for conversation, reflection, education and healing,” said Angela Scott, one of the steering committee members for CRJ.

Brown used to be the chair of the Santa Monica’s Public Safety Reform and Oversight Commission. The commission was formed in 2020 after the murder of George Floyd. However, even as the commission had recommendations to help with policing in Santa Monica, they couldn’t get far above the ground due to ongoing divisive city politics and lack of community engagement.

“A fundamental concept behind community-oriented policing, not to mention diversity, equity, inclusion and belonging, is engagement with the people that presumably you’re trying to serve,” Brown said.

These recommendations were posed on Sept. 1, 2020 and were rejected by Santa Monica’s city manager, but were passed by City Council. Yet even after the Council’s approval, momentum was lost due to the commission having no engagement with the city.

In July-August 2021, Brown became chair of the commission. During the August meeting, the commission presented a report, reflecting their view on the events that transpired during the May 31, 2020 protests.

The report wasn’t passed, but in Fall 2021 the opposition changed their vote and a final report was developed. However, the report hasn’t since been shown to the City Council or city manager, as far as the commission knew.

In 2022, the commission faced more problems. An inspector general was hired at the beginning of the year and Brown didn’t believe he met the needs and expectations of the commission. Brown also thought that five of the commission members weren’t committed to the ordinance and were anti-oversight.

“We were swimming upstream,” Brown said.

Brown also shared his thoughts on what needs to be done to improve policing in Santa Monica:

A recent school board meeting at SMHS voted to eliminate the tracking system, which led to mostly White and Asian students taking honors English classes.

“We did decide to take on the label ‘College Prep’ for these new non-tracked classes because we think it’s an honest label,” Rodriguez said. “We want all our students prepared for college.”

The decision was made by one of the high school’s English department administrators who met with Rodriguez and the department chair in 2020 to initiate the change. The motivation behind the shift was mainly due to their experiences of seeing who was enrolled in honors classes as opposed to the non-honors courses. Over many years, students who came from non-socioeconomically disadvantaged backgrounds made up significant margins of the honors classes.

According to data conducted by the SMHS English department for the 2019-20 school year, 60% of socio-economically disadvantaged students were in non-honors English courses in 9th grade and 71% in 10th grade.

Even as honors classes would be eliminated, Rodriguez ensures the classes’ difficulty level wouldn’t be reduced. Instead, students from different cultural backgrounds would be able to study in the same classes and gain equal opportunity. Differentiated teaching styles would continue to cater to student’s abilities.

Lopez, a graduating senior, headed to University of California Berkeley, shared how her academic experience was divisive. She was placed in AP and honors English, science and history courses, where most of the students she took classes with were White.

With the lack of diversity in her classes, Lopez thinks removing the two-track system would be a more beneficial learning experience as there would be more diverse perspectives.

“A lot of students are thinking that this [the change] is going to take something away from their education, but I really think that they’re gaining an opportunity to create intersectional relationships in the classroom,” Lopez said.

Madero, a senior from Mexico City, was initially told by his advisor to take regular classes in the ninth grade. However, in his sophomore year, his parents pushed him to take honors classes. Madero enrolled in honors English and science.

Upon taking those courses, Madero was performing just as well in honors classes as regular as the curriculum was almost identical. The only difference was that students in his classes didn’t look like him anymore.

Madero believes that the change in the English department will help all students feel more confident in their academic careers.

“I believe that this change, the change that is happening in my English department right now, is SMHS telling all of their incoming students, no matter their race, no matter their gender, no matter their ethnic background, we believe in all of you and you have all what it takes to succeed in high school, college and beyond,” Madero said.

Santa Monica High School Ranked No. 108 In CA: US News